ECP to get EVMs before April 15: Fawad 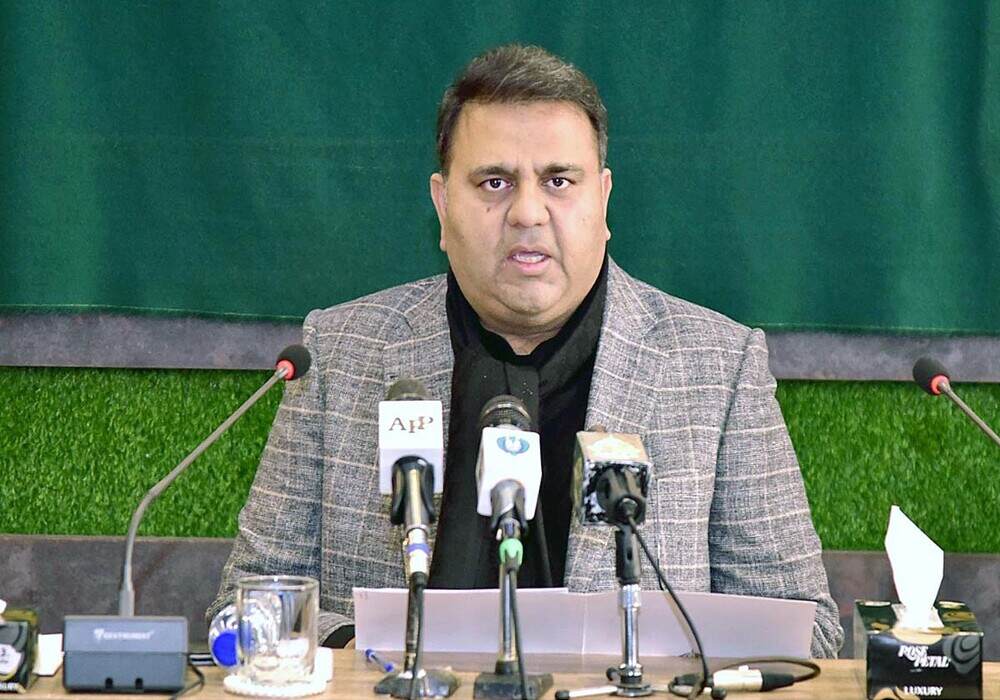 Federal minister for information and broadcasting Fawad Chaudhry on Tuesday said the government would provide electronic voting machines (EVMs) to the Election Commission of Pakistan (ECP) before April 15 to use them during local government polls in Islamabad.

Addressing a press conference after the federal cabinet’s meeting, he said the forum approved appointment of Asif Rashid as chairman of the Intellectual Property Organisation (IPO), while two members from Punjab and one each from other provinces had also been appointed to its copyrights board.

The cabinet accorded approval to making Securities and Exchange Commission of Pakistan as a regulator of the ‘Credit Guarantee Trust Fund’, under the Islamabad Capital Territory Trust Act, 2020, to prevent illicit capital from being transferred abroad, he said.

The minister said the government would soon launch a housing project in Islamabad on 400 kanals for overseas Pakistanis with a capacity of 6,000 apartments.

The initiative, he said, was aimed at enabling overseas Pakistanis who were part of Roshan Digital Accounts to buy properties in Pakistan, especially in Islamabad. He said it was expected to fetch around $2 billion from the project.

He said the federal cabinet had directed both the ministries of interior and finance to hold deliberations with boards of investment and review such schemes to facilitate foreigners in buying properties in Pakistan.

He cited the example of Turkey and other countries where foreigners were allowed to buy properties.

He said CDA chairman apprised the cabinet that the authority had generated revenue of Rs12.9 billion in 2018 after selling 53,817 square yards of land during the tenure of Pakistan Muslim League-Nawaz (PML-N). On the contrary, he said it fetched Rs31.1 billion in 2021 during PTI rule with the sale of 46,783 square yards. The federal apex agency generated double the revenue by selling less land.

He said the cabinet also gave approval to fuel price adjustment in electricity bills in the fourth quarter of 2020-21. The adjustment would be given to consumers in three installments.

The cabinet deferred the approval for regularisation of non-custom paid (NCP) vehicles in erstwhile Federal Administrated Tribal Areas, he said.

The minister said the cabinet approved the appointment of Dr Liaqat Massih Qaiser as member of the National Commission for Minorities.

In a land mark decision, he said the federal cabinet granted approval to the Science Technology, Innovation Policy. It was decided in the cabinet that the work on the privatisation plan of Guddu and Nandipur power plants would continue, he added.

He said the PM stressed the need for starting work on Kharian-Rawalpindi motorway at the earliest, adding that a meeting in that regard would be convened by next week.

Chaudhry said the cabinet accorded approval to the import of 50,000 metric tons of urea (fertiliser) from China, adding that Rs50 billion had been given to Chinese independent power producers (IPPs) to resolve their issues.

To a query regarding the death toll in Murree, he said the tehsil headquarters hospital had given death certificates of 22 people.