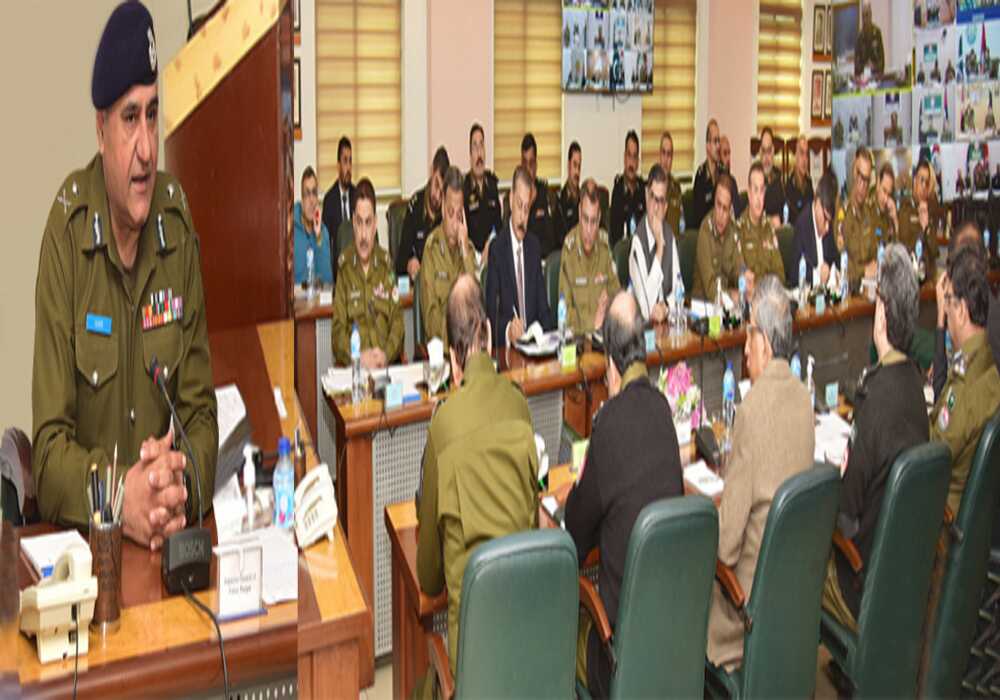 Punjab Inspector General of Police (IGP) Muhammad Amir Zulfiqar Khan has emphasized that reducing crime while safeguarding the lives and property of citizens is the top priority, and any failure in this regard will not be tolerated.

He made these remarks at a conference for regional police officers (RPOs) at the Central Police Office on Saturday, where he outlined his policies and priorities.

Zulfiqar Khan expressed concern about the crime situation throughout the province and stated that merely reporting that “all is good” will no longer suffice; concrete steps must be taken to control crime, and this will be the sole means of evaluating the performance of officers.

He instructed officers to carry out their duties under the constitution and the law, emphasizing that there will be no compromise on the discipline of the force, which should be distinct from other police forces.

Zulfiqar assigned the Special Branch the task of monitoring the performance of officers and instructed that a report be submitted to him daily. He also ordered thorough security for Quaid-e-Azam Day and Christmas celebrations across the province. In light of the recent terrorist activity, he directed that the security of sensitive and public places be reevaluated throughout the province and that the Counter Terrorism Department (CTD) take special measures to eliminate terrorists.

For New Year’s Eve, Zulfiqar ordered the formation of special police squads to maintain law and order and directed that strict legal action be taken under a zero-tolerance policy against those engaging in aerial firing, one-wheeling, and rioting. He was informed that 28,000 officers and personnel will be on security duty for Quaid-e-Azam Day and Christmas celebrations throughout the province, with over 6,000 officers and officials assigned to duties in the provincial capital of Lahore.

The top cop instructed senior officers to visit the field themselves and review the security arrangements for sensitive places of worship and to deploy additional personnel. He called for special measures in the mountain resort town of Murree, where there will be an increase in tourists during the snowy season.

He also directed RPOs, district police officers (DPOs), and field officers to leave their offices and make unannounced visits to police stations, stating that the welfare of the force is the top priority and that field officers should hold regular meetings with their subordinates to address any issues.