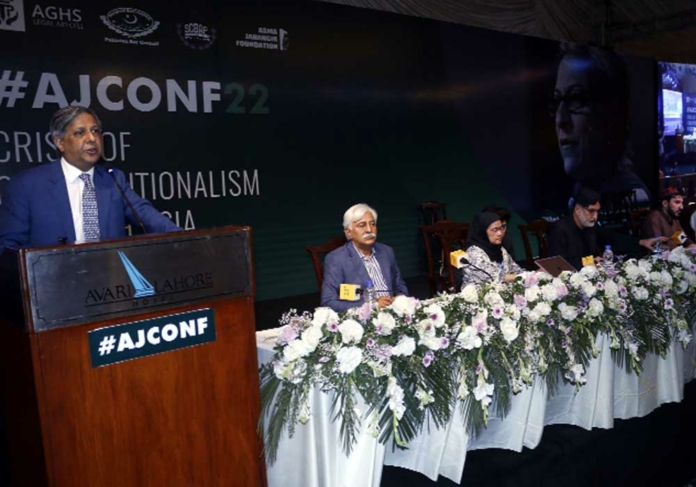 Federal Minister for Law and Justice Azam Nazeer Tarar Sunday said that enforced disappearances is a serious matter and the government is committed to taking legal and practical steps for its solution.

He was addressing a session titled ‘Reluctance to Criminalise Enforced Disappearances and Arbitrary Detentions’ on the last day of the Asma Jahangir conference. “Enforced disappearances have become a stigma for our society,” he said.

Azam Tarar said that collective efforts would be made for finding solution to the problem. Country’s constitution gives guarantee of personal freedom and human rights, he added. 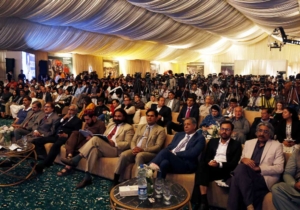 He said that right to life was the most cherished right in the Constitution. The law minister said that it was unfortunate that complaints regarding disappearances were received from Balochistan, Khyber-Pakhtunkhwa, Karachi, South Punjab and even from central Punjab.

He said that this matter was related to security; therefore its solution could be discussed in in-camera proceedings.

He said that Prime Minister Shehbaz Sharif also held a debate on the issue in the cabinet and a seven-member committee in this regard held eight meetings in last 12 weeks.

He said that the cabinet committee went to Quetta and held dialogue with Sami Baloch in her sit-in and it was decided that their demands would be forwarded to the government and practical steps would also be taken in this regard.

Meanwhile, former prime minister and Pakistan Muslim League-Nawaz (PML-N) senior leader Shahid Khaqan Abbasi said that collective efforts were needed to normalise life in flood-hit areas, as the country faced serious crisis in the wake of unprecedented torrential rains and flash floods. He said all organs of the state would have to play their role to turn the situation into normal.

He was speaking at a session of Asma Jahangir Conference-2022, held at a local hotel. He said that everyone will have to identify his responsibility and come forward to help the flood victims. Nobody could pass on his responsibilities to others, he added.