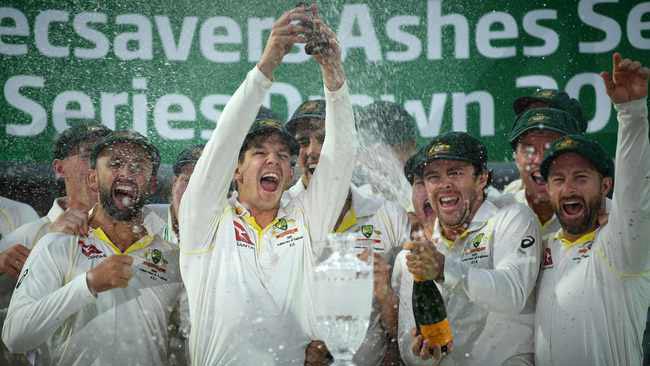 The England and Wales Cricket Board expects the uncertainty over the team’s Ashes tour due to Australia’s stringent COVID-19 quarantine measures to continue till the last moment, chairman Ian Watmore has said.

England players have threatened to pull out of the series unless they get assurances that their family members will be allowed to join them in Australia during the five-test series in December and January. Australia’s borders are effectively shut in an effort to control the pandemic, with caps on international arrivals and limited places available in the country’s mandatory hotel quarantine regime.

“There is no simple date it must be decided by, apart from when that plane goes to Australia,” Watmore told the Daily Mail. “Joe (Root) and the players not involved in the (Twenty20) World Cup will be leaving in the first week of November so we have until then to change things.

“We are trying to build up a picture, either confident or less confident, of the conditions. There are issues to sort out with Cricket Australia, there are issues for CA to sort out with their government and for the federal government to sort out with state governments. It is a complicated picture.” British Prime Minister Boris Johnson said that he has asked his Australian counterpart Scott Morrison to help ease strict quarantine rules when they met in Washington last week. Australia plans to ease border and quarantine restrictions by the end of 2021, when at least 80% of adults are expected to have received two COVID-19 vaccination shots but some individual states might have separate rules.

Watmore said the players were eager to travel, considering the importance of the Ashes rivalry. “CA know what we need to make the tour successful and they’re working to deliver it. We need to see the detail, check it out with the players and management and either push back or commit,” said Watmore. “It’s not a red-line type of discussion, but we’re working hard to provide an environment in which our players and their families want to go and perform to their best.