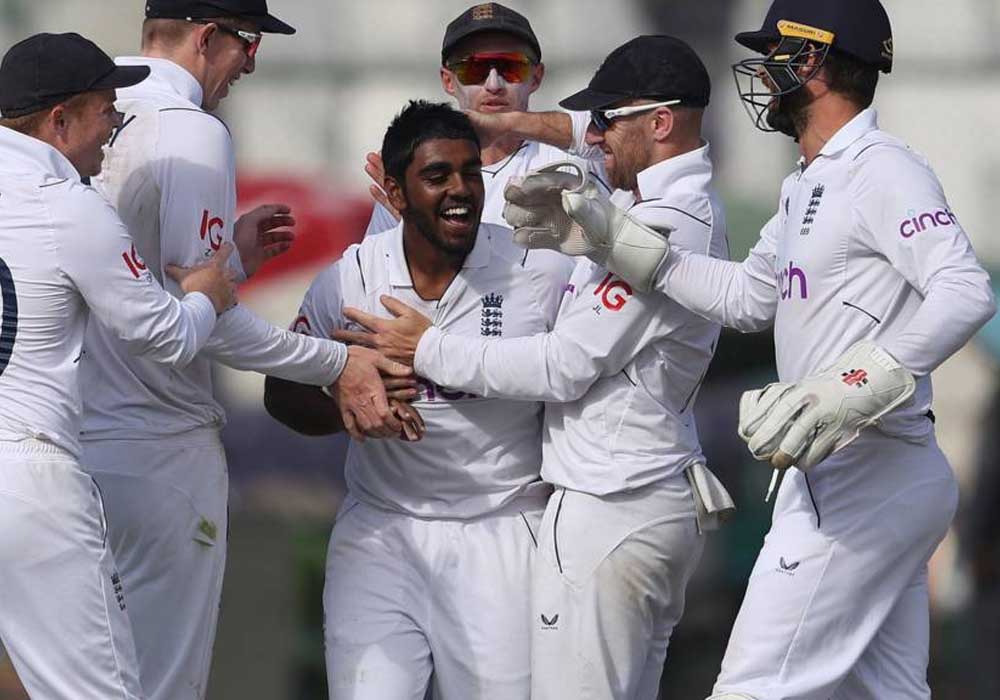 The national team’s batting line once again collapsed on the third day of the Karachi Test against England in the second innings, leaving England with a target of 167-runs.

Pakistan started the day started with Shan Masood and Abdullah Shafique on the pitch. However the openers could not survived long.

Azhar Ali who was playing his last match of career could not do better to make thata memorable and was out without scoring a score.

Captain Babar Azam scored 54 runs, Saud Shakeel got out for 53 runs while Faheem Ashraf scored only one run and was dismissed by Root.

Nouman Ali scored 15 runs and got LBW off the ball of Mark Wood. Muhammad Wasim Jr. scored 2 runs and was knocked out by Rehan Ahmed. Agha Salman also scored 21 runs before getting out at Rehan’s ball.

On behalf of England, Jack Leach took 3 wickets meanwhile Root and Mark Wood took one wicket each while leg-spinner Rehan Ahmed took 7 wickets in the match.