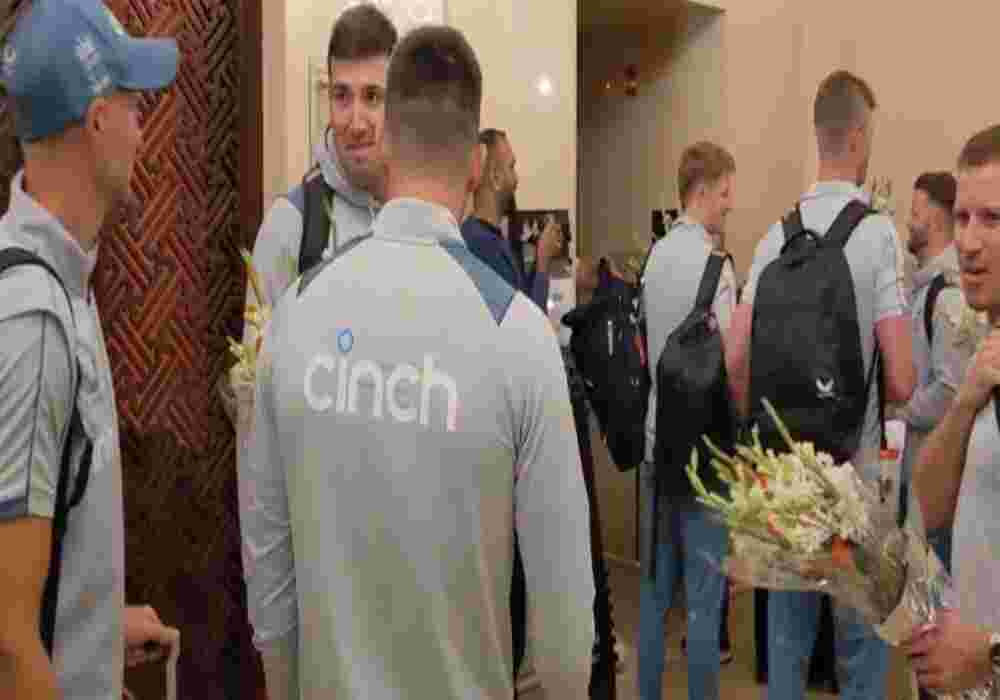 The England test team arrived in Islamabad early on Sunday to play the three-match Test series against Pakistan after 17 years.

England Cricket posted a video of the team’s arrival at the Islamabad International Airport after playing practice games in Abu Dhabi in preparation for the series.

Touchdown in Pakistan for our Men’s Test squad! 🇵🇰 pic.twitter.com/2GbRr1Xcw1

Ben Stokes will lead England in the first Test series to be played in Pakistan in 17 years after he guided his team to a stunning victory over the men in green in the T20 World Cup 2022. The English team last visited Pakistan in 2005 for a bilateral test series.

Welcome back to Pakistan!

We are delighted to host @englandcricket and can't wait for our Test series to begin 🏏#PAKvENG | #UKSePK pic.twitter.com/gxwcQJd7ao

The first Test will take place in Rawalpindi on December 1 and this will be the first time the English team will play a test match in Rawalpindi. The home team has won five and lost three in the 12 matches hosted at this venue.

The second test match will be played in Multan on December 9, and Karachi’s National Bank Cricket Arena will host the third test match between both teams.

Babar Azam will lead the Pakistan team in a historic test series against England. Ace pacer Shaheen Shah Afridi will not be available for the series as he is currently undergoing a rehab phase with a knee injury.