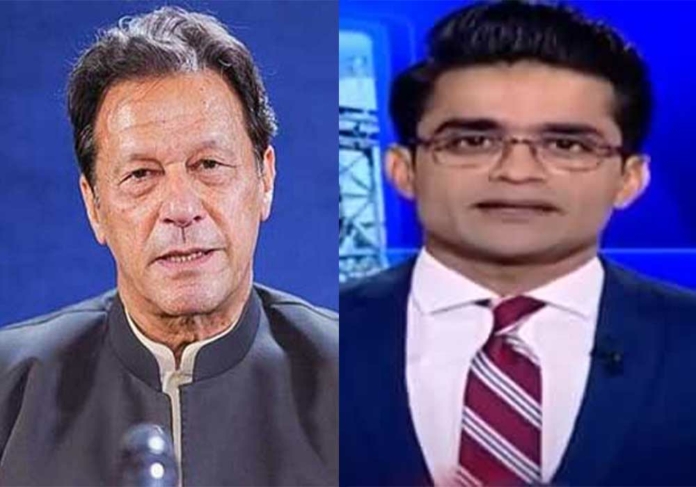 Imran Khan said that “yesterday Geo & Khanzada supported by handlers slandered me through a baseless story cooked up by a known fraudster and internationally wanted criminal.”

He said he has started consultation with lawyers and plans to take legal action not just in Pakistan but also in the United Kingdom and the United Arab Emirates.

Enough is enough. Yesterday Geo & Khanzada supported by Handlers slandered me through a baseless story cooked up by a known fraudster & internationally wanted criminal. I have spoken to my lawyers & I plan to sue Geo, Khanzada & the fraudster not only in Pak but also in UK & UAE.

Umar Farooq Zahoor claimed in an interview with Shahzeb Khanzada that he spent $2 million on pricey items that the PTI Chairman received as a present from the Saudi Crown Prince Mohammad bin Salman.

He also claimed that the former premier’s accountability adviser Shahzad Akbar had gotten in touch with him in 2019 to try to sell him watches, rings, and other presents. He added that he had proof to back up his claims.

The businessman continued by claiming that after he refused to comply with the demands of his ex-wife Sophia Mirza, Shahzad Akbar later blackmailed him and had fictitious money laundering cases filed against him by the Federal Investigation Agency (FIA).

He said that Farah Khan brought the gifts to my office in Dubai and told me that the things had been handed to Imran Khan by the Saudi crown prince and added that he was persuaded to purchase them after he confirmed through his sources.

The allegations of any such trade, however, were quickly refuted by Farah Gogi’s husband, Ahsan Jameel Gujjar, who called it “a contrived and unfounded story.”

Gujjar while speaking to the local media channel said that neither he nor his wife is familiar with Shahzad Akbar and Umar Farooq.

He asserted, demanding CCTV documentation to support the claims, “We do not have a transactional relationship with Imran Khan and he never handed any gift to me or Farah.”