Elahi, Moonis accord warm welcome to PTI chairman upon his arrival at Kunjah House Gujrat 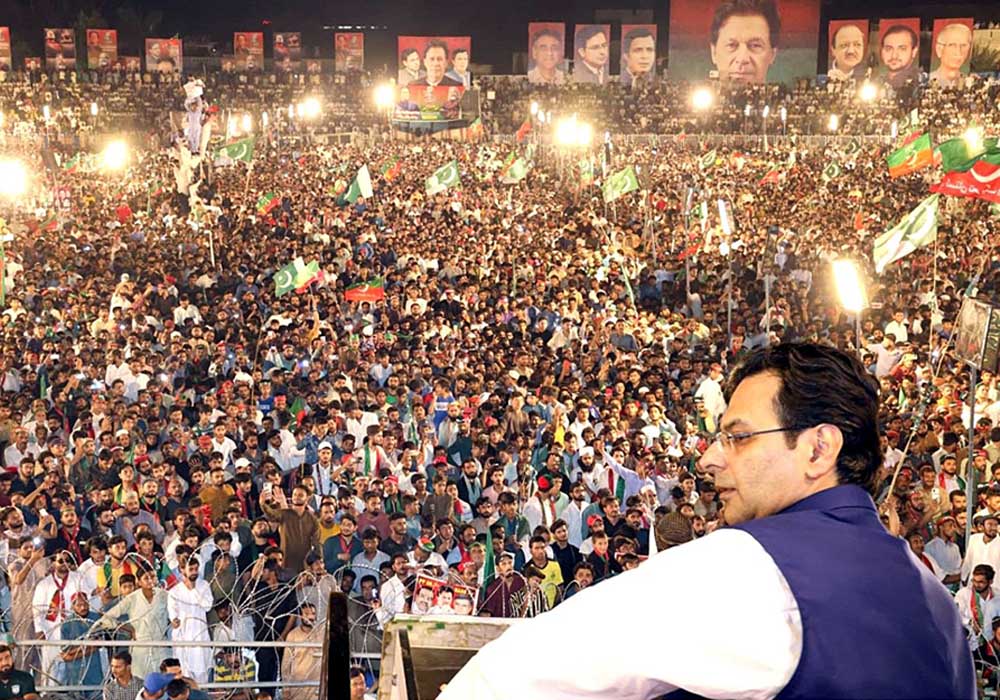 Former federal minister Moonis Elahi, while addressing a rally at Zahoor Elahi stadium in Gujrat, said that if a favour is done on the people of Gujrat than they always remember and repay it. “Imran Khan is the only person in Pakistan who has the most governments in the provinces, whereas Shehbaz Sharif’s government is only in Islamabad,” he added.

Moonis claimed that even after banding together “the whole PDM gang cannot compete with Imran Khan.” The former federal minister said that Imran Khan should give a chance to the people of Gujrat by contesting an election, adding that he will get more votes than Mianwali.

Earlier in the day, Elahi and son Moonis accorded a warm reception to the PTI chairman on his arrival at Kunjah House Gujrat.

Speaking on the occasion, the CM said that proper arrangements will be made for the international congregation at Raiwind and the repairing of roads in the area will be completed before November 3.

A rescue 1122 centre will be activated and petrol stations will also be set up, he said and vowed to arrange the best facilities for participants. “The participants are our honoured guests and we will give them open-hearted hospitality,” he added.

The annually held assemblage at Raiwind is a huge gathering of Muslims as tens of thousands of people participate in it from around the world.