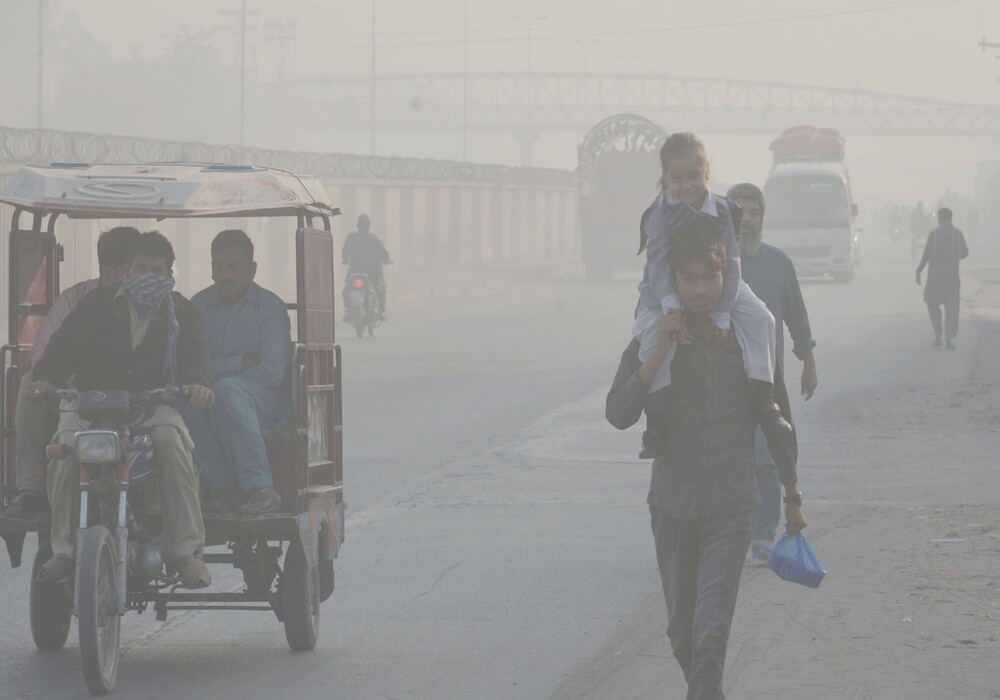 The EPA also discarded the news reports published in some sections of the press regarding the high levels of air pollutants in Lahore, based on data of uncertified devices.

However, environmentalists have had reservations over EPA’s working and said that the agency was hiding the real picture of the environment.

Earlier on Monday, some newspapers reported that the city observed smog while mentioning the AQI level above 400 microgram per cubic metre (ug/m3). However, EPA officials denied that it was smog on Monday in the city and said it was a haze, which was caused due to different pollutants, mainly fugitive dust and other suspended particulate matters (SPMs).

Though the city was observing high concentrations of different pollutants in the atmosphere, it could not be declared smog, said EPA Director Naseemur Rehman Shah.

Talking to MinuteMirror, he said the AQI produced on the basis of different devices available with citizens could be considered inaccurate, as those devices were not registered or certified by the Punjab EPA. “The EPA doesn’t know what kind of devices these are, what their whereabouts are. It doesn’t even know about their method of calculating the AQI,” he said, rejecting the reports that mentioned the data as US air quality index.

“It leaves the impression that this AQI is being calculated on the basis of data produced by some US-monitoring stations,” he maintained. Shah explained that every country had their own national environmental quality standards. “The EPA calculates its AQI based on air quality produced by different air quality monitoring stations installed in different parts of the city, which work 24 hours. The EPA’s data is more reliable because it is produced following the international guidelines,” he stated.

He continued that the AQI could vary from place to place, time to time, with the decrease or increase in emissions or stagnant air. “During calculation of the AQI, the basic pollutants of ambient air must be measured, while wind speed and direction in the particular area also needs to be mentioned,” he said, adding that the AQI of ‘cheap’ devices were unable to monitor other such parameters of ambient air.

Punjab EPA’s spokesperson Sajid Bashir informed MinuteMirror that AQI data circulated on the basis of AirVisual devices was inaccurate and misleading to the masses and authorities. “The EPA already has proven the fraud of AirVisual devices when they were showing steam as pollution,” he said, adding that most of the private devices were not calibrated properly, while they were also very cheap which could be bought for Rs20,000, while EPA’s one monitoring station could not be procured for less than Rs 15 million.

To a question, he said that the device installed at the US consulate in Lahore was even not reliable, and its data could not be considered ‘representative’.

On the other hand, environmentalist Dr Syed Nihal Asghar criticized the EPA for not properly measuring the pollution in the city. He said that although EPA had authentic air quality monitoring stations, most of the analyzers in such stations were not working up to the mark. “If the EPA’s system was up to the mark and it had been measuring the pollution properly then nobody could rely on the AQI released by other devices,” he said.

Asghar said that to avoid such conspiracies, the EPA must update its system as soon as possible while showing the real state of environmental pollution.