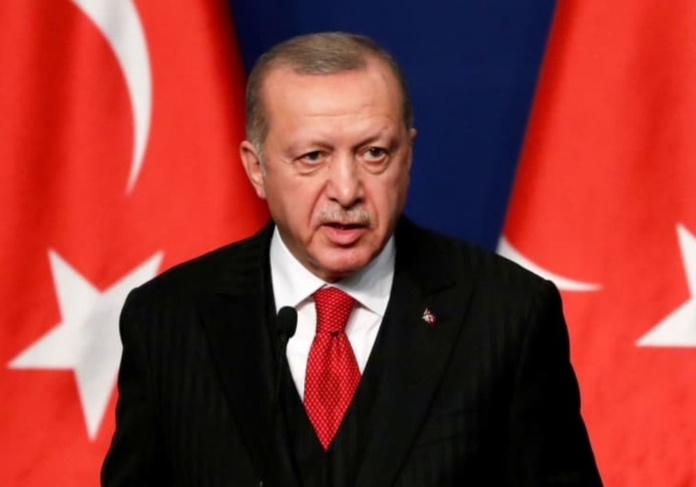 President Tayyip Erdogan has stated on Saturday that Turkey is committed to pursuing a peace conversation between Russia and Ukraine as he accused the US and other Western nations of inciting Moscow.

According to Turkish media, Erdogan without further explanation said that the West and notably the US is attacking Russia.

Erdogan was cited as saying to reporters aboard a trip from Uzbekistan, “Of course, Russia is exhibiting enormous resilience in the face of all this.”

The West has armed Kyiv and given it other forms of support and put strict sanctions on Moscow since it invaded Ukraine in February,

“Like the grain corridor, we are attempting to establish a peace corridor here. We believe that the best course of action, in this case, is a path from negotiation to peace,” Erdogan added, noting the significance of Ukraine’s perspective.

Turkey, a member of NATO, conducted meetings between delegations from Ukraine and Russia early this year and has made an effort to strike a compromise between criticizing the invasion and opposing the sanctions.

Over the past four months, a deal was mediated by Ankara and the U.N. to resume Ukrainian grain exports from Black Sea ports. Erdogan stated that while proposing a particular time frame for the deal’s extension past its November 19 deadline “would be inappropriate,” it should continue for as long as possible.

Since attempts to broker a ceasefire in Istanbul during the early weeks of the crisis failed to produce results, there have been no open attempts to restart negotiations between the two sides.

Ukraine reaffirmed its stance that negotiations with Russia could only take place if Russia gave back all of the areas it has occupied since the February invasion and denied that it was being pressured by the West to do so.