‘Establishment to be blamed for economic meltdown’ 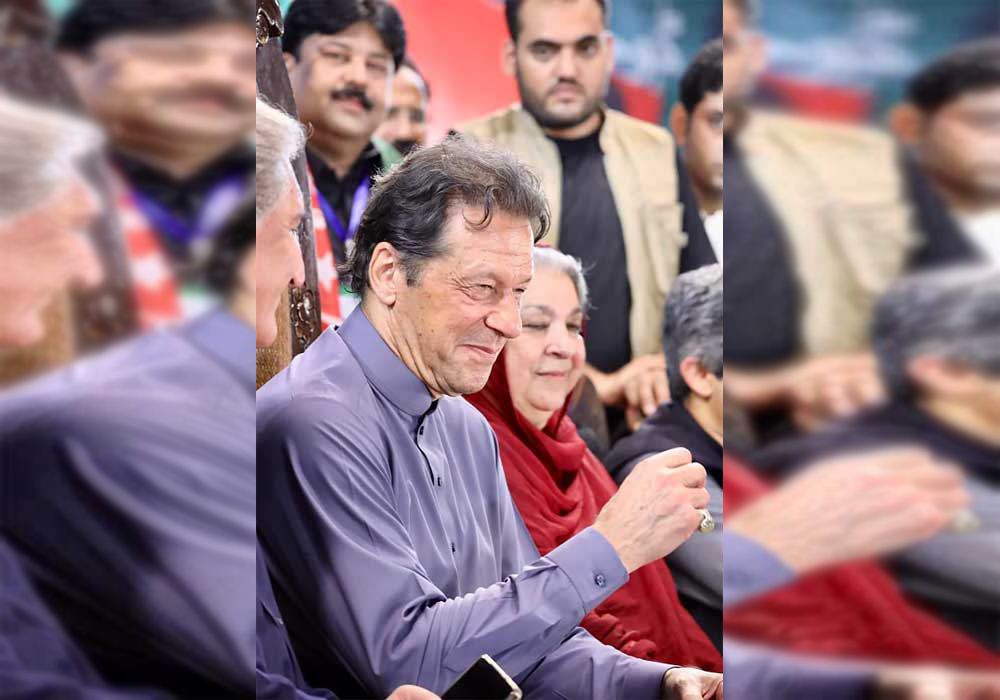 Former prime minister and Pakistan Tehreek-e-Insaf (PTI) Chairman Imran Khan, during his speech at a party rally in Gujranwala on Saturday, directly addressed the establishment and warned that it would be held responsible if the country and economy were to “plummet any further” under the incumbent government.

“I am addressing the people who have the power,” he said at the Jinnah Stadium. “I want to ask the establishment … the way this government is taking this country and economy down … I know that you call yourself neutral but this nation will hold you responsible for the way the country is going down. They will hold you responsible because you could have prevented the country getting mired in this swamp but you did not do anything.”

He said if the economy went down, the national security would be affected because then “we will be more helpless” before foreign powers. “There is still time. Save this country from plummeting anymore.” Imran reiterated his demand for free and fair elections, warning that failure to do so would see his supporters taking to the streets on his call and have their demands accepted “by force”.

“If they do not hold free and fair elections, the people are ready to take to the streets of Pakistan to hold peaceful protests … or … we will hold elections by force,” he said. “We can see they are running away from the elections because they know they will lose even badly than before.”

Imran, who is to be indicted in a contempt case in the Islamabad High Court for his controversial remarks against sessions judge Zeba Chaudhry for approving PTI leader Shahbaz Gill’s remand, explained that he had merely spoken of “taking legal action” when informed of Gill’s torture through his lawyers.

“I wouldn’t comment on it because it’s sub judice but what was I supposed to say? He was my chief of staff. Was I not supposed to react?” Imran commended IHC Chief Justice Athar Minallah for giving “brilliant verdicts” in the past.

“Whatever he decides, I will accept. He did not let me speak but had he done so, I would have explained that under what circumstances I had made that statement [regarding the sessions judge].”