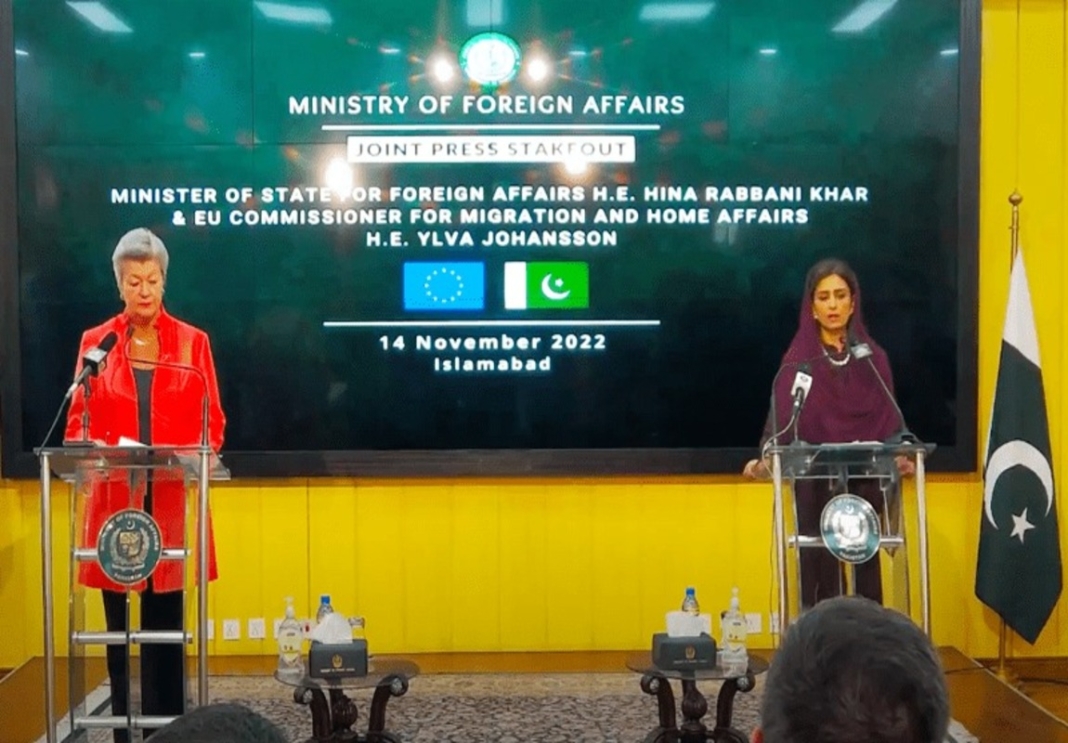 European Union (EU) Commissioner for Interior and Migration Yilva Johnson has said that the European Union has appreciated Pakistan’s efforts against terrorism.

Addressing a joint press conference with Minister of State for Foreign Affairs Hina Rabbani Khar at the Foreign Office Johnson said, “There is a 60-year-old relationship between the EU and Pakistan, Pakistan has been an important strategic partner of the EU, there is an effective relationship between the two in many areas including trade, which we can take further.|

Johnson said that the EU has appreciated Pakistan’s efforts against terrorism and security was an area that required deeper cooperation between the two countries. She said that Pakistan deserved praise for its measures for Afghan refugees.

She said that she was happy to have come together to start a dialogue on migration. She said that they could take forward the already existing cooperation more effectively. She further said that the EU needed skilled manpower in many fields and Pakistan could provide important support in this sector.

Speaking on the occasion Hina Rabbani Khar said that Pakistan has given shelter to three million refugees. She said that she did not know any other country in the world that provided shelter and other facilities to such a large number of refugees.

She said that Pakistan was well aware of the concerns of the EU regarding the arrival of illegal immigrants through this route.

European Commissioner for Interior and Migration Yilva Johnson has arrived in Islamabad on a visit to Pakistan.