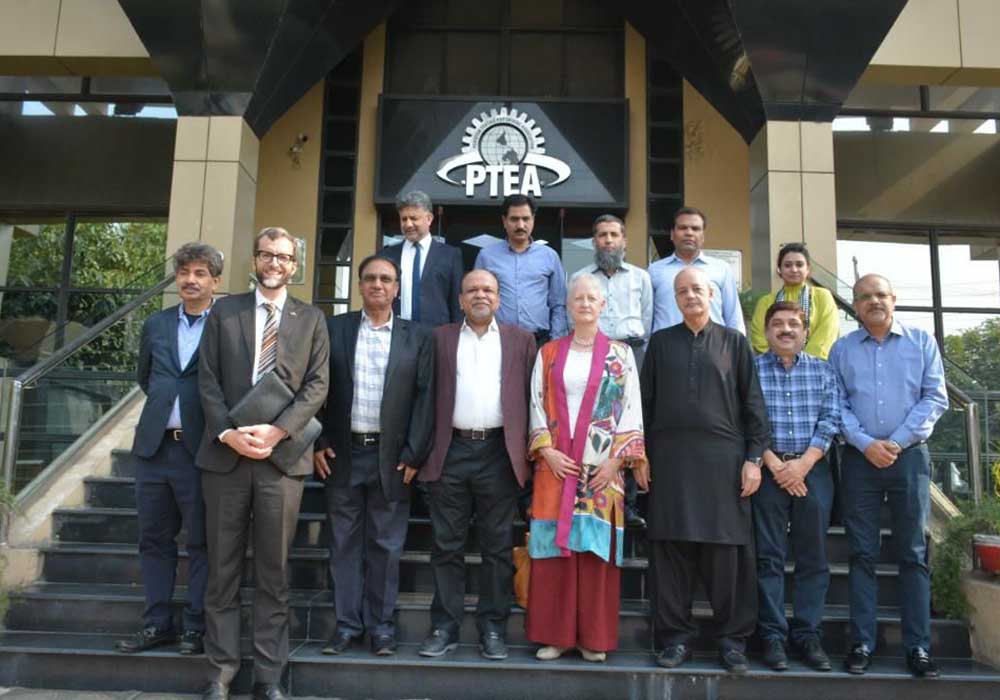 The EU Ambassador to Pakistan Dr Riina Kionka has said that EU-Pakistan relations have a strategic engagement which covers all areas, including counter-terrorism, trade, climate change, GSP Plus status and various others.

GSP Plus status holds significant importance for Pakistan’s economy as it has played a vital role in expansion of multilateral trade. She was speaking at a meeting at the Pakistan Textile Exporters Association (PTEA) on Thursday. She said that the GSP Plus scheme is going to end next year and a mission is preparing the final report of the last 10-year which will be discussed in Brussels and EU Parliament. These two bodies will decide about the continuation of the scheme. Pakistan will have to re-apply for the GSP plus Status and the decision will be taken by the EU Parliament in four to five months. During this period of application, Pakistan will be enjoying all facilities under GSP Plus status, she added.

She said that the continuity of GSP Plus is subjected to ratification of five to six new conventions related to environment and social standards including the remaining 27. She said that the existing GSP plus scheme is confined to textile sector which should be spread to the other sectors as well. Talking about the recent floods, she said that it is a difficult time for Pakistan as floods played havoc. EU member countries have extended assistance in this regard and distributed aid in several flood-affected areas. Pakistan needs to develop infrastructure in order to curtail the loss if a catastrophe-like situation arises in future, she added.

Earlier, PTEA’s Patron-in-Chief Khurram Mukhtar extended deepest gratitude to the European Union for taking extreme measures to support Pakistan’s economy and extending financial assistance as well as in-kind assistance for flood relief efforts. Terming GSP Plus as a major turnaround, he said that duty free access has not only enhanced Pakistan’s market share but exports to EU have also jumped by 86% from 3.56 billion euro in 2013 to 6.64 billion euro in 2021.

Textile export sector, the major beneficiary of duty waiver facility, also gained significant momentum. Increased multilateral trade through GSP plus means job creation, better working conditions, promotion of sustainable policies and improvement of the macro-economic indicators of Pakistan. In this context, the extension of GSP plus for Pakistan holds great significance for our economy.

Talking at the occasion, Ch. Shahid Nazir, the leading exporter of garments, said that textile exporters are well aware that the EU is continuously monitoring GSP plus beneficiary countries’ effective implementation of the 27 international conventions on especially human rights, labour rights, environmental protection and good governance etc. He said that the European Union has also been benefiting from GSP Plus as it has enabled the businesses in the EU to import high quality textile items from Pakistan at competitive prices. On the other side, Pakistan’s imports from the EU also increased from 4.4 Billion dollars in 2013 to 6.4 billion dollars in 2021 as the textile industry has been importing machinery from the EU.