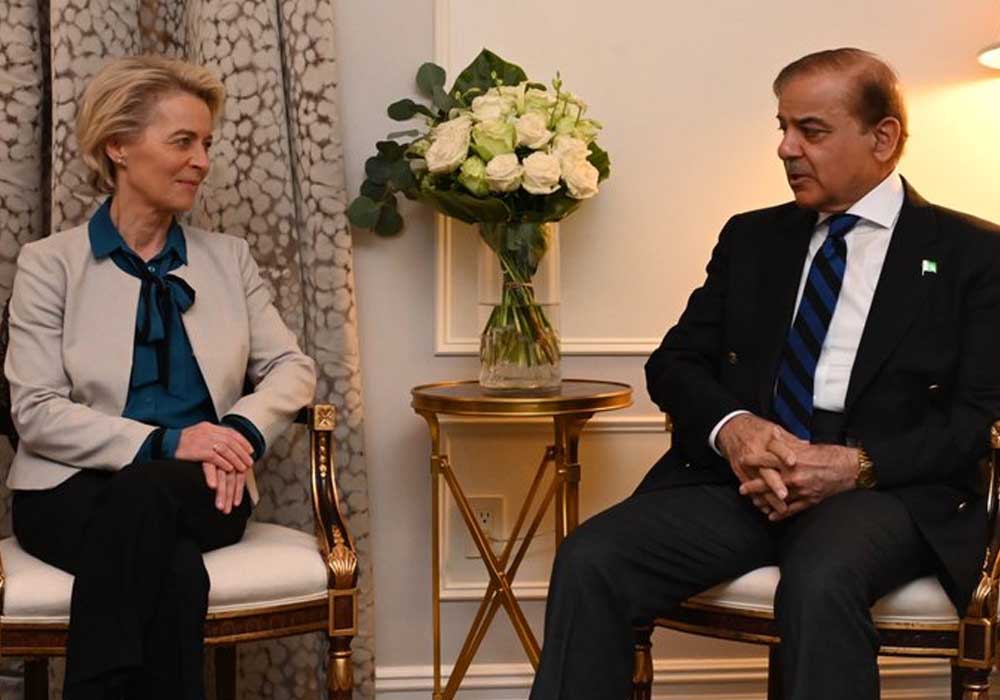 During the meeting, the former German defence minister, who now heads the EU commission, expressed sorrow over the destruction and loss of life due to the unprecedented flooding in the country.

“The EU Commission is with you. We will come forward with new humanitarian aid in the coming weeks to support the people of Pakistan,” she said in a tweet after meeting with the premier.

The raging floods have affected over 33 million of the country’s approximately 220 million people, causing a staggering loss of over $40 billion in damages to an already weakened infrastructure.

The death toll due to floods has risen to 1,569 since mid-June, according to the country’s National Disaster Management Authority’s latest data.

Speaking over the phone, the premier conveyed the best wishes for the continued progress and prosperity of the brotherly people of the Kingdom of Saudi Arabia.

Also, the prime minister briefed the crown prince about the flood situation and the ongoing relief and rehabilitation efforts in Pakistan.

He thanked King Salman bin Abdulaziz and the crown prince for flood relief assistance provided by King Salman Humanitarian Aid and Relief Centre; setting up of an air-bridge to deliver relief goods and the launch of the “Sahem” portal in Saudi Arabia for receiving donations from the general public for flood victims in Pakistan.

The crown prince conveyed condolences on the loss of lives and assured the premier of the kingdom’s support for flood victims.

The prime minister appreciated the kingdom’s steadfast support for Pakistan and apprised the crown prince of progress on ongoing initiatives between the two countries, including a robust economic partnership marked by enhanced investments and collaboration in the energy sector.

The two leaders agreed to remain in close contact in the future.