Three more cuts made in embankments of Sehwan bund near Karampur 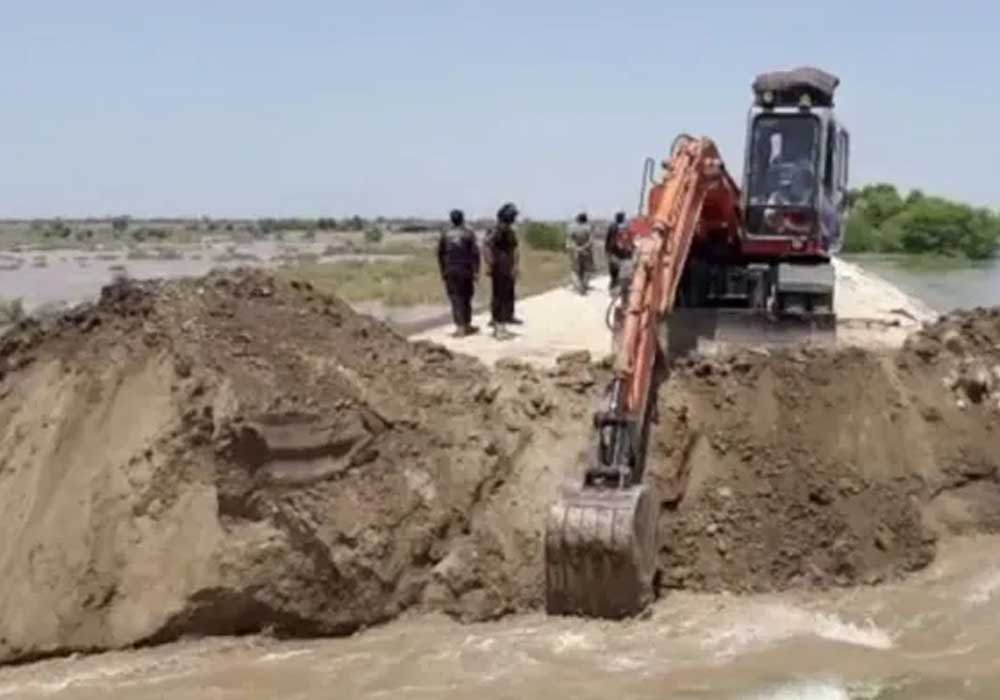 Reports from different parts of Dadu and Jamshoro districts on Thursday said that the evacuations continued in parts in different areas of both districts on Thursday as authorities scrambled to plug a breach in Main Nara Valley Drain, also called Right Bank Outfall Drain 1 (RBOD) to prevent gushing water from reaching Dadu town.

A breach had occurred in the drain at RD-10 on Tuesday. Sindh Chief Minister Syed Murad Ali Shah also reached his home district and inspected the site of Manchhar Lake where another relief cut was possible to further reduce the water level. He said that with a fresh cut people of three more union councils would be affected and they would be shifted to safer places.

Three more cuts were made in the embankments of Sehwan protective bund near Karampur, following which floodwater from Manchhar Lake and flooded areas started flowing towards Indus River. Speaking to media persons regarding the breach in the dyke of a drain, DC Dadu Syed Murtaza Ali Shah said additional machinery was being employed to close the breach. Moreover, he said work was also underway to raise embankments in order to protect the city. Later, sharing an update around noon, he said that 90 percent of the breach had been plugged and estimated that the situation would be brought under control within two hours.

Meanwhile, citizens of Bhan Saeedabad town like that of Johi town of Dadu district started to erect protective bunds to save their area from floodwater from the both Manchar and breaches in NMVD. They alleged that DC Jamshro instead of providing machinery was only issuing red alerts telling people to move safer areas. They said that they would erect a protective bund using bags of mud and concrete. They said they had taken on the challenge to protect their town from drowning.

On Thursday, Sindh Information Minister Sharjeel Inam Memon told a press conference that the water level in the Indus River near Manchhar was at 120-foot reduced level (RL). He said that it was expected that the water level would reduce by eight to nine feet in the next eight to ten hours.