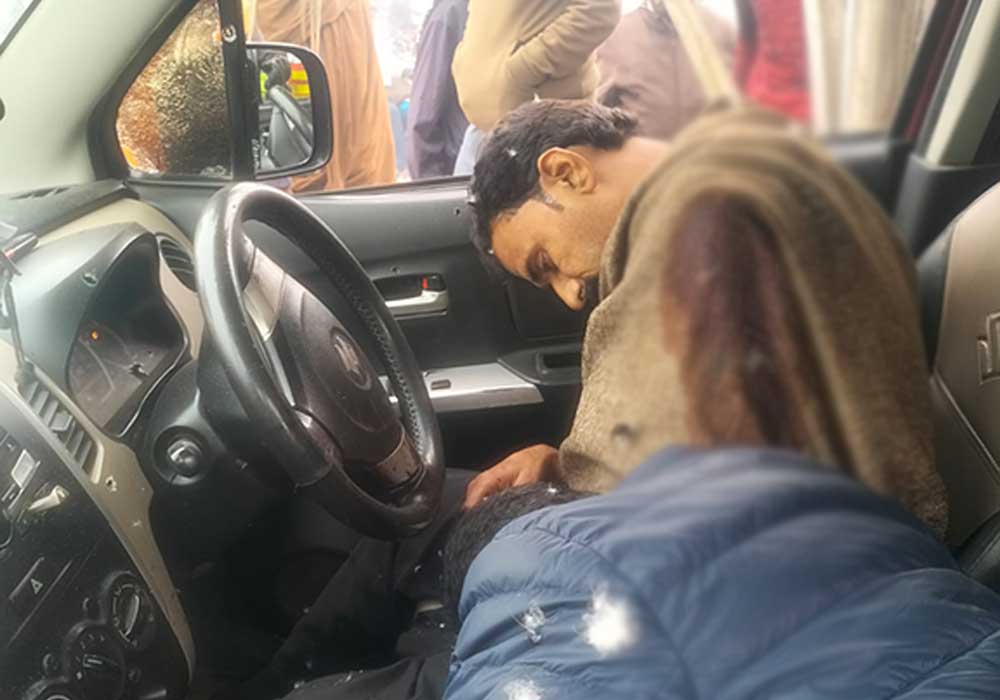 The lawyers’ fraternity declared a strike against this double murder and completely boycotted the courts. Police officers immediately reached the spot while the CPO formed special teams to arrest the killers. Former President of District Bar Association Faisalabad Naveed Mukhtar Ghaman along with his friend Binyamin was coming from home to district Kachhari in his car when armed motorcyclists fired on him indiscriminately near LCM High School on Samundri Road, As a result, he along with his friend died on the spot while the shooters escaped from the spot. 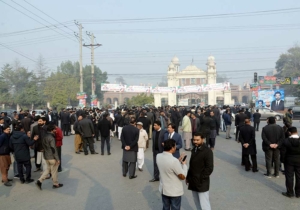 The incident of double murder, including that of the former president of the District Bar Association, caused uproar in the lawyers’ community and a large number of lawyers reached the spot, while the court proceedings were completely boycotted on the occasion. District Bar Association President Bilal Ashraf Basra and Secretary Yasir Hayat Chatta and others strongly condemned the brutal murder of former President DBA Naveed Mukhtar Ghaman and demanded immediate arrest of the killers.

Lawyer’s community protested against the murder of Naveed Mukhtar Ghaman in District Council Chowk and demanded the immediate arrest of the killers of former President Bar. A large number of District Bar lawyers participated in the protest and raised slogans against the police. On this occasion, the President of the District Bar Association, Bilal Ashraf Basra, said that lawyers and leaders are being killed in public on the streets, which is clear proof of the failure of the police. Kachehri and courts will remain closed until the killers are arrested.

Immediately after the murder of the former president of the District Bar Association, City Police Officer Khalid Mehmood Hamdani along with other police officers reached the spot and inspected the scene. The CPO has sought a report from the town SP on the incident of double murder, while a special team headed by SP Investigation Ahmed Abdullah has been formed for the immediate arrest of the accused and ordered to arrest the accused immediately.