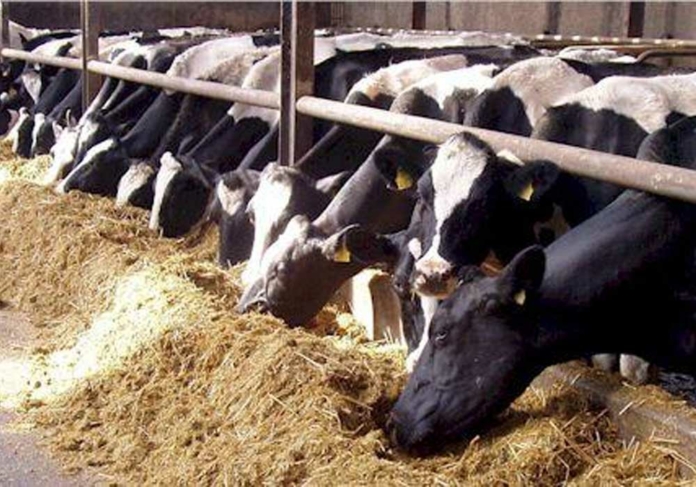 Experts have said the dairy industry currently processes three percent of the total milk production in the country, stressing the need to develop the livestock sector on scientific lines to reap maximum benefits.

Pakistan, as per official figures, is the third largest milk producer in the world with 65 billion litres of annual production. Despite huge potential, resources are usually untapped due to multiple reasons.

Among the existing production, 15 per cent makes the losses, 35 per cent is being sold as loose milk and the rest goes to sweet markets, farmers’ retaining and others. Experts believe the country has a huge potential to export value-added milk products like cheese, butter and desi ghee.

“We have 97 million plus animals but the average milk yield of a cow is less than 14 litres per day as against the global standards of 30 litres,” said Zeeshan-ur- Rub, general manager milk procurement unit at FrieslandCampina Engro (FCE) Pakistan, leading dairy company and a subsidiary of the Dutch multinational corporative Royal FrieslandCampina.

Talking to a group of journalists, he said that Pakistan can reduce dependence on foreign loans by increasing the share of the dairy industry in the milk market by 15 to 20 per cent.

“Billions of dollars could be earned by developing even one third of the livestock sector on scientific lines,” he said.

Small farmers, he said, constitute 97 per cent of the total market and there was a dire need to focus on them. “Over 50 million people are directly linked to the dairy sector and a revolution could be brought about in their lives if the government and the private sector join hand,” he believed.

Launched as Engro Foods with the establishment of a first production facility in Sukkur in 2006, it entered into a partnership with the Dutch company in 2016. FrieslandCampina is now working in collaboration with thousands of farmers in Punjab, Sindh and Khyber Pakhtunkhwa.

Zeeshan said that the killing of over 0.7 million cattle in recent floods has posed a major challenge to the existing milk market as the livestock sector is facing a shortage of fodder for cattle in Sindh.

Besides low milk yield, the sale of loose milk was the main hurdle in the progress of the dairy sector, he said. “We have the biggest herd, even bigger than the US, but the milk production is quite low.”

Adnan Ishtiaq said over 90 per cent of the population in the country still relies on loose milk.

“Due to a lack of proper cold chains, loose milk often gets contaminated and becomes unhealthy for human consumption,” he said.

“We conduct multiple tests at three stages to ensure the packing of healthy and hygienic milk for consumers. We are the biggest milk distributor in the country.”