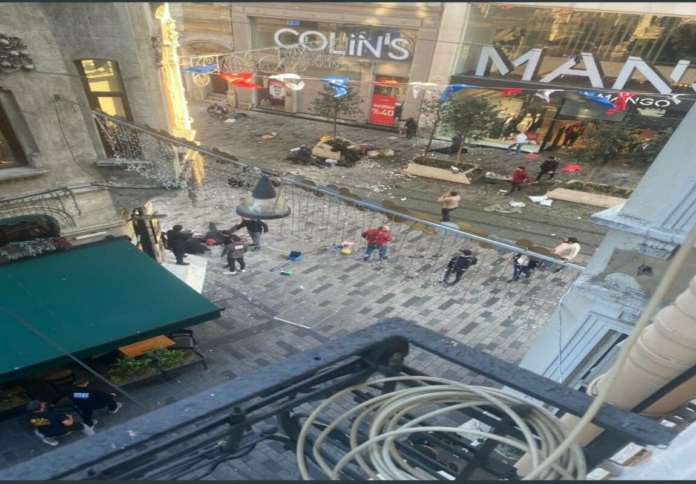 An explosion has hit the busiest street in Istanbul on Sunday, killing at least nine and injuring several people.

In the official statement, the Governor of Istanbul Ali Yerlikaya said that the explosion took place at 16:20 on Istiklal street.

“Our police, health, fire and AFAD [Disaster and Emergency Management] teams were sent to the scene. There are deaths and injuries. Developments will be shared with the public,” he said.

According to the footage circulating on social media, the scene showed several injured bodies of men and women.

The source of the explosion remains unknown and there is no official statement yet either it was an IED or suicide attack.