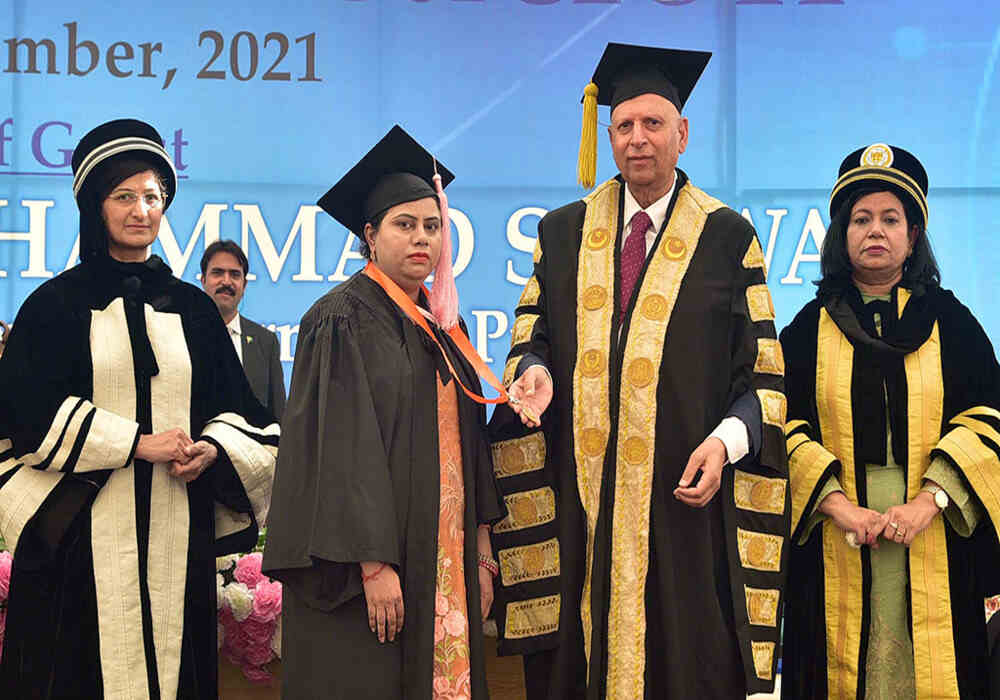 Punjab Governor Chaudhry Mohammad Sarwar on Wednesday has said that history remembers only those who serve humanity, not those who hold high positions and wealth.

Sarwar said vice chancellors in universities were appointed on merit and recommendation culture in universities was being eradicated. “The federal and Punjab governments under the leadership of Prime Minister Imran Khan are taking all necessary steps to provide opportunities for women to move forward successfully in every field,” he added.

Sarwar and the varsity vice chancellor also distributed medals among the graduates for their outstanding performance in various fields and congratulated them on their success.

Sarwar advised the graduating students that, “wherever you go, you should do justice to your position for the service of humanity. I am also proud that Pakistani women are making the country’s name brighter both at home and abroad.”

“We should feel proud of our culture and traditions,” he said, adding that the government was taking revolutionary measures for the promotion of the education sector.

He said that the Pakistan Tehreek-i-Insaf (PTI) government was taking all-out measures to steer the country out of crises.

Sarwar said that nature had gifted Pakistan with tremendous resources, adding that, “now we must explore and benefit from it.”

He added, “It is the responsibility of all sections of society to play their part in ensuring women’s rights, including their share of the property. In any country where women are not strong, the country is not strong. The government believes in the strong development and prosperity of women.”

For her part, VC Dr Farooq said, “We are utilising all the resources for higher and quality education in the university. Today, GCWU Faisalabad is ranked first in Punjab and second in Pakistan, according to Times Higher Education Rankings.”

She added that university graduates must play their part in the development and stability of Pakistan, as well as in the empowerment of women and the promotion of education.