Flour mills run out of commodity amid lack of supply 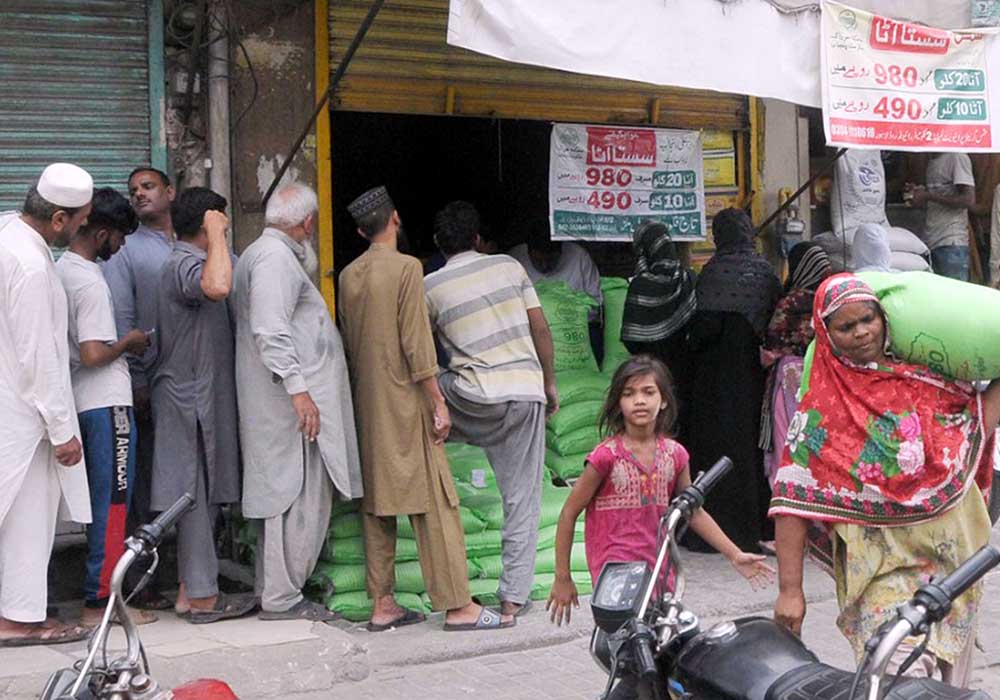 The flour crisis has intensified in the four districts of Faisalabad division.

Due to the lack of supply and high demand, flour mill owners ran out of flour at the Sasta flour shops within two hours, and long queues of men and women were formed to buy cheap flour. In the open market, the supply quota of flour bags was also reduced at the grocery stores. In the four districts of the division, Faisalabad, Toba Tek Singh, Jhang and Chiniot, there has been an acute shortage of cheap flour because, according to the quota issued by the Department of Food, 10 kg bags of flour are provided at the Sasta flour shops adjacent to the flour mills, which are sold at the official price of 645 rupees.

While the price of a 10 kg bag of flour in the open market is up to 1300 rupees. In this way, 10 kg bags of flour sold at 50% lower price are sold out in just two hours, while the Sasta flour shops are crowded with buyers. According to the sources, in the same days last year, 25 thousand metric tons of wheat bags quota was provided by the Food Department of Punjab for the flour mills of Faisalabad. At present, only 18,000 metric tons of wheat bags are allocated. In this situation, there is already a shortage of wheat in the open market, so the Food Department of Punjab has emphasized the need to increase the wheat quota.

The price of flour is continuously increasing in the open market of the Faisalabad division and the price of flour per kg has reached Rs.130 due to which the common citizen is suffering. While in this regard the district administration and food department officials are also looking at what they decide on behalf of the competent authority of Punjab. If it is not possible to increase the quota of wheat immediately according to the demand, then the crisis of wheat in all four districts of Faisalabad is possible.

In this regard, the Chairman of the Flour Mills Association Chaudhry Shafiq Anjum said that the demand for flour is high in the open market. While the food department is not supplying wheat quota to the flour mill owners due to which they are facing a shortage of flour bags. He said that the supply of 10 kg flour bags at Sasta flour shops is very small and the flour bags that are supplied are sold in a very short time due to their low price. After this the concerned Sasta flour shops are closed while there are buyers of Sasta flour who demand to sell more cheap flour.

Officials of the Food Department said that they have sent recommendations to the Punjab government regarding the demand of flour mill owners, but no response has been received so far. He clarified that the Food Department will implement whatever policy is given by Punjab.