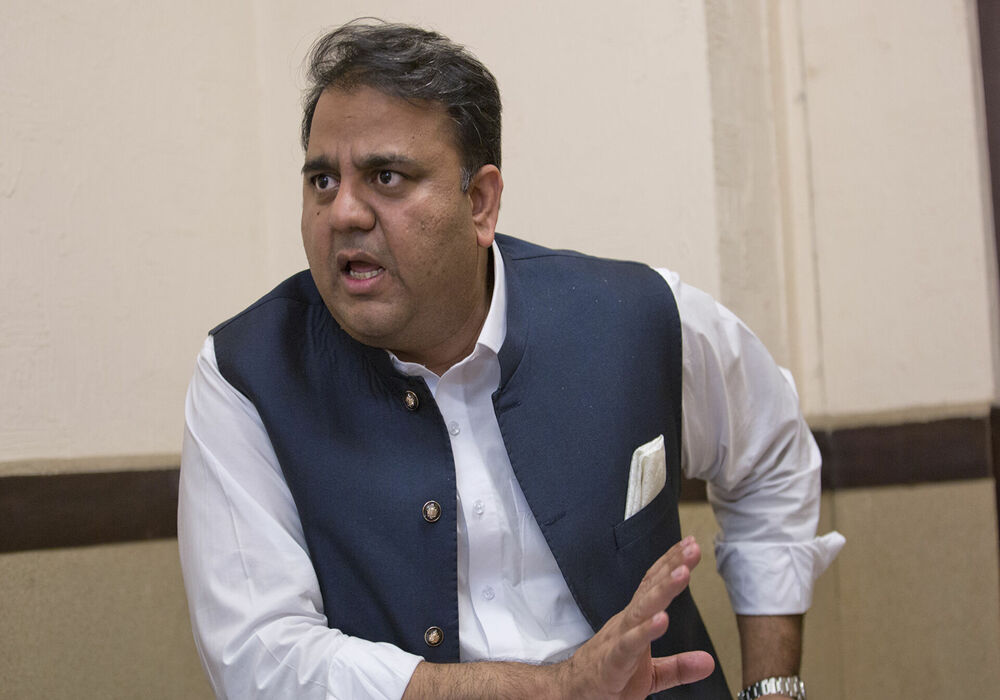 Information and Broadcasting Minister Fawad Chaudhry said on Tuesday said the federal cabinet has decided to file a case against Pakistan Muslim League-Nawaz (PML-N) President Shehbaz Sharif for giving a fake affidavit for the return of his elder brother Nawaz Sharif after his medical treatment.

“Nawaz Sharif went abroad through fraud and his activities in London are mockery of the state of Pakistan and its laws,” Chaudhry said in a news conference after the cabinet meeting, which was chaired by Prime Minister Imran Khan.

He said it was the decision of federal cabinet to allow Nawaz to go abroad, subject to submission of a surety bond worth Rs7 billion, but his younger brother approached the court and submitted a personal guarantee, which ensured the former’s return to the country.

The minister said Nawaz did not undergo any treatment in London despite passage of some 17 months. It clearly showed his mala fide intent of going abroad to evade accountability, he said.

He said Nawaz’s medical reports sent to the Punjab government from London did not match the previous reports, which were rejected by the provincial government.

He said the Sharif family was contacted twice by the Pakistani embassy in the UK on the orders of the high court, but they refused to provide any report.

Nawaz Sharif’s medical reports had to be shared with Pakistani embassy doctors, he added.

He said such tactics by the Sharif family proved that Shehbaz was fully involved in the fraud of sending Nawaz Sharif abroad on the pretext of his medical condition.

The minister said the cabinet directed the attorney general to plead with the Lahore High Court to either instruct Shehbaz to bring his brother back or face disqualification as the member of the National Assembly under Article 63 of the constitution.

“Shehbaz Sharif filed a fake affidavit which is a violation of Article 63 of the constitution and he should also be penalised for this offence,” Chaudhry remarked.

At the outset of the federal cabinet meeting, a detailed briefing was given to the forum on the Murree tragedy and informed that the Punjab government had set up a high-level inquiry committee to probe the incident, he said.

Fateha was offered for the victims of Murree tragedy, and it was stated that the entire nation stood with the families of the deceased, he added.

Chaudhry said the cabinet was informed that some 164,000 vehicles entered Murree in only five days, while 22 people died in five vehicles stranded between Kuldana and Barian. He said trees fell on the road due to heavy snowstorms, which resulted in long queues of vehicles. It was difficult for machinery and helicopters to reach the area due to heavy snowfall, he explained.

Many people left their vehicles on the roads and went on foot to leave the area, whereas some people fell asleep with heaters switched on in their vehicles, he added. According to the preliminary investigation, he said the deaths occurred due to the increased levels of carbon monoxide in vehicles. The PM had expressed deep sorrow and regret over the Murree tragedy.

The minister said that during the past three years, the Pakistan Tehreek-e-Insaf (PTI) government had revolutionised domestic tourism and it had developed 13 new tourist resorts, whereas in the past over 70 years no new tourist sites were developed.

He said the provincial governments, authorities, and local administrations were supposed to be prepared for the influx of tourists. He said the present government had tried to promote tourism as a sector.