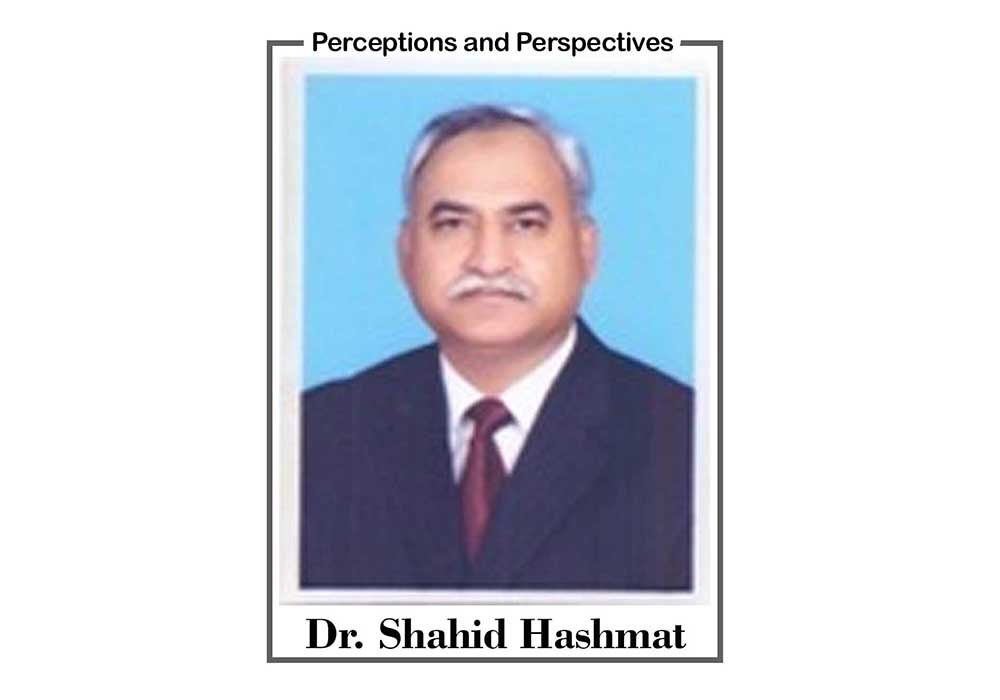 Every year, 16 December reminds us of the great tragedy in our political history.  Pakistan achieved its independence on 14 August 1947, after a protracted struggle for freedom.  Though, struggle for a separate Muslim homeland, formally, commenced with adoption of Lahore Resolution, later called Pakistan Resolution, on 23 March 1940, yet the desire for freedom from British occupation had remained alive since War of Independence (1857).

The Lahore Resolution envisaged two independent dominions in Muslims majority areas of North-West and East India. The Resolution was presented by A.K. Fazul Haq, the Chief Minister of Bengal.  The Resolution was, later on, amended to demand one unified Muslim country – Pakistan. All Indian Muslim League was established in Dhaka in 1906 and prominent Muslim leaders of East Bengal had played very decisive role in Pakistan Freedom Movement. Though, some reservations were expressed regarding viability of two parts of likely independent state of Pakistan which were 1000 miles apart. However, amid these apprehensions, Pakistan was created.  Keeping two parts of the country united, as one entity, was not an easy task. Political differences were inevitable unless these were resolved through consensus and mutual respect for each other’s concerns. The differences started with Language Riots.  Demand of people of East Pakistan to keep Bengali as National Language, in addition to Urdu, was denied. Later on, more differences emerged as East Pakistanis were deprived of their legitimate right in political dispensation, due share in government services and armed forces, and equal opportunities for economic progress and prosperity. The perception of grave depreciation among Bengali population was fully exploited by India. The perpetual military rule and Martial Law of General Muhammad Ayub Khan resulted into total further isolation and annihilation of East Pakistanis. The overwhelming hatred among Bengalis against Punjabi (as most of West Pakistanis were called in East Pakistan) kept growing.

In 1969, President Ayub Khan decided to step down after a prolonged autocratic rule of ten years. He handed over the power to another Army Chief General Muhammad Yahya Khan. This was turning point in the history of Pakistan. According to constitution, he should have handed over the power to Speaker of the National Assembly, Mr. Abdul Jabbar Khan who was a Bengali. This unconstitutional act was disapproved all over Pakistan but it had a fatal effect in East Pakistan. This decision was consider as a deliberate act of denial of constitutional right to a citizen of Pakistan. Such injustice had already happened when tenure of premiership of Sir Khawaja Nazimudin and Huseyn Shaheed Suhrawardy was cut down through political conspiracies hatched in West Pakistan.

The imposition of another Martial Law in 1969 was a last straw on the back of tense political relations between East and West Pakistan. The Bengalis of East Pakistan were forced to construe that they were not considered as an equal stakeholders in Pakistani politics and governance. They had been repeatedly betrayed by self-interest serving politicians of West Pakistan, the civil bureaucracy, and military hierarchy who hijacked the political and economic control in connivance with each other for advancing their personal agendas of aggrandizement, loot and plunder.

Under enormous public pressure, General Yahya was forced to hold general elections in December 1970. Meanwhile the level of mutual distrust and sense of frustration in East Pakistan, especially among Bengali population, had touched to unbridgeable heights. Sheikh Mujibur Rahman, head of Awami League had emerged as a national hero in East Pakistan.  Through his famous Six Points, demanding greater autonomy for East Pakistan in financial / monetary, foreign trade, and national security issues, he attained a land sliding victory in the 1970 Elections.  Out of total 300 general constituencies of National Assembly, 162 were in East Pakistan and 138 in West Pakistan. Awami League obtained 160 general seats and Pakistan Peoples’ Party (PPP), then led by Zulfiqar Ali Bhutto, won 81 general seats. It is important to highlight that both parties had won all their seats in East and West Pakistan respectively and none had managed to win even a single seat in other part of country.

Though it was a split mandate, yet Awami League had emerged as a single largest party. Therefore, it was their legitimate right to form the government. After the elections, a stalemate was created through the connivance of Military rulers and some politicians in West Pakistan. National Assembly sessions was delayed on one pretext or the other. It was evident that efforts were in hand to avert handing of power to the majority party, i.e. Awami League. Its Six Points were declared detrimental to the unity, integrity and national security of Pakistan.  After lot of dragging, the National Assembly’s session was called to be held at Dhaka but it was postponed on 3 March 1970. Z. A. Bhutto had boycotted to participate in the session. He also threatened other politician from West Pakistan of dire consequences for attending the session.

Following the postponement of inaugural session, Awami League launched civil disobedience movement. Instead of looking for a just and fair political solution, a military crackdown, ‘Operation Search Light’, was launched on March 25 to crush the political uprising. The situation continuously deteriorated and the central government practically lost its control in East Pakistan. Lieutenant General Sahibzada Yaqub Khan, who was Commander Eastern Command and Governor of East Pakistan, refused to lead the military operation and resigned. He was replaced by Lieutenant General Niazi. Pakistan Government blamed India for interfering in its internal affairs through training, and equipping guerilla fighters of a militia – Mukti Bahni.  Indian Army directly invaded East Pakistan and inevitable could not be averted.  Pakistan Army surrendered on 16 December 1971.This was the darkest chapter of Pakistan’s history.

The most important question at this juncture is: “Have We Learned Any Lesson?”. Probably not. We are repeated committing similar mistake and blunders in our politics and governance. Some important lesson from ‘Fall of Dhaka” are:

Religious bindings alone are not sufficient to keep unity among various communities;

Political issues and differences need to be resolved in mutual consultative manner through attaining political consensus through national dialogue, negotiations and reconciliation.

Martial law must not be accepted by any political faction for its vested interests. It must not be condoned and legitimized by judiciary on any pretext.

All smaller provinces must be given due political and financial autonomy. Local languages and cultures should be protected and promoted without any hindrance.  However, no anti state activity should be allowed or tolerated under the cover of political freedom.

Pakistan’s unity and economic survival lies in continuity of fair and just political system that corresponds to collective aspirations of the masses. Repeated military interventions or political schism and polarization caused through undemocratic means will always lead to further decay and destruction. This nation deserves certainly better than is experienced.