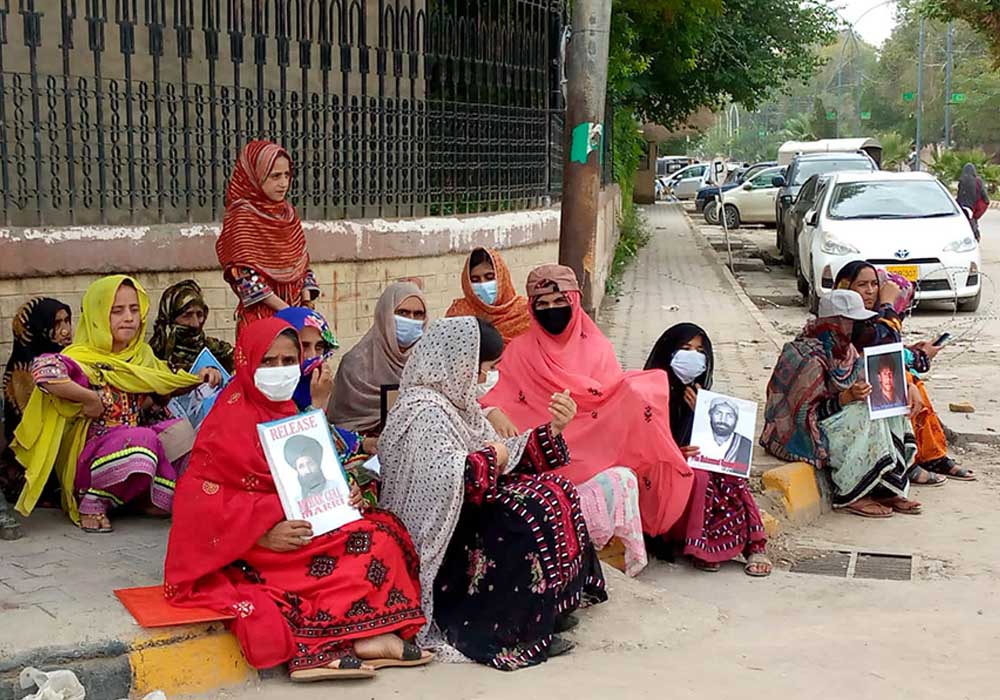 The families of Baloch missing persons staging a sit-in outside the Governor’s House in the provincial capital intensified their protest on Tuesday after they received an ‘unsatisfactory’ response from the district administration and provincial government.

For the last 35 days, the families of missing persons have been protesting in Quetta’s Red Zone against ‘fake encounters’ and enforced disappearances of their near and dear ones. Finding themselves unheard outside the CM Secretariat, they extended their protest and blocked GPO and the Serena Hotel chowks, which disturbed the traffic of the entire area.

In reaction to their intensification of the protest, Seema Baloch (sister of missing Shabbir Baloch) said, the police had warned them of baton charge if they did not leave the squares empty. “Last day, the deputy commissioner promised that he would try to request Quetta Core Commander Lt. Gen. Asif Ghafoor to meet them later in the evening, [but] he did not meet his words despite our overnight wait,” she said. 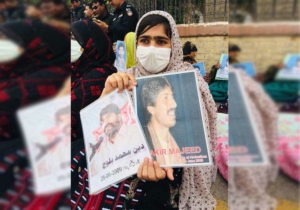 During their negotiations with DC Quetta, protesters said they had warned him of consequences in case the relevant authorities refused of coming for negotiations. The DC had said that if anything happened, they could protest as their legal right. “Now that we have intensified our protest, they are threatening of baton-charge, which is so pathetic of the government and the district administration,” the protesters said.

After the protesters blocked the squares, Adviser to CM Zia Langove took notice of the issue and called for an assembly meeting on the issue. He said that their government was closely looking to address the grievance of missing persons. He added that he had spoken to CM about missing persons and the families protesting in the Red Zone for over a month. He urged the protesters to end the protest as Balochistan was already going through challenging flood situations. “We have formed the Judicial Commission which is working to probe the Ziarat incident,” he said while calling for the culmination of the sit-in.

Other than this, a government committee, consisting of provincial ministers, including Noor Mohammad Dummad, Parliamentary Secretary Bushra Rind, Akhtar Hussain Langove and Shakeela Naveed Dehwar, had previously visited the protesters for entering into negotiations on directions of Balochistan CM Mir Abdul Quddus Bizenjo, but it remained unsuccessful. “The government committee was asking to quit the protest and then they would hear our voices and take actions by law,” said the protesters. They said that they feared another ‘deception’ from the government. “Unless our demands are met, we will not stand from here,” they said.

Despite frequent responses to prioritise the resolution of the issue of missing persons, the missing persons’ families feel they were only ‘lip-services’. “For more than a month until now we are in protest, but we have received no neutral response from the government other than the lights of CM’s car turning red for taking up to the other routes,” Sammi Deen, daughter of the missing Dr. Deen Mohammad Baloch, said in reaction to government’s call for transparent resolution of the issue.