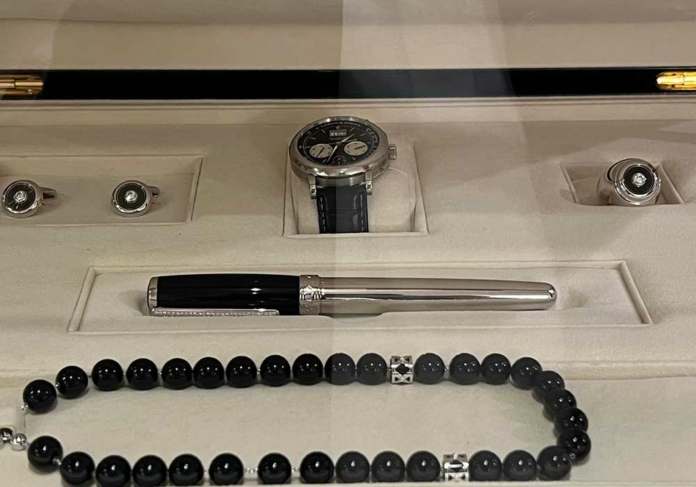 According to the report of a TV channel, the watch was worth at least Rs2 billion. The channel has also claimed that Zahoor has evidence for the purchase of a rare watch along with three other Toshakhana gifts for 7.5 million Dirhams.

Zahoor has alleged that he was later blackmailed and the Federal Investigation Agency (FIA) had registered fake cases of money laundering against him when he had refused to listen to the demands that were made by his former wife Sophia Mirza.

Zahoor has also presented an affidavit listing four gifts that he had purchased. The gifts have included Diamond Master Graff Tourbillon Minute Repeater with Makkah Map Dial GM2751, Diamond Cufflinks with 2.12ct H IF and 2.11ct I IF Round Diamonds GR46899, Diamond Gent’s Ring 7.20cts, VVSl Rose Gold Pen Set with Pave Diamonds and Enamel Mecca Map, according to the media report.

On October 21, 2022 the Election Commission of Pakistan (ECP) disqualified Imran Khan for five years in the Toshakhana case.

A five-member bench of the ECP had given a unanimous verdict in the Toshakhana reference while the Chief Election Commissioner (CEC) himself read out the verdict.

The ECP disqualified Imran Khan under Article 63(1)(P) of the Constitution and Sections 137 and 173 of the Election Act.