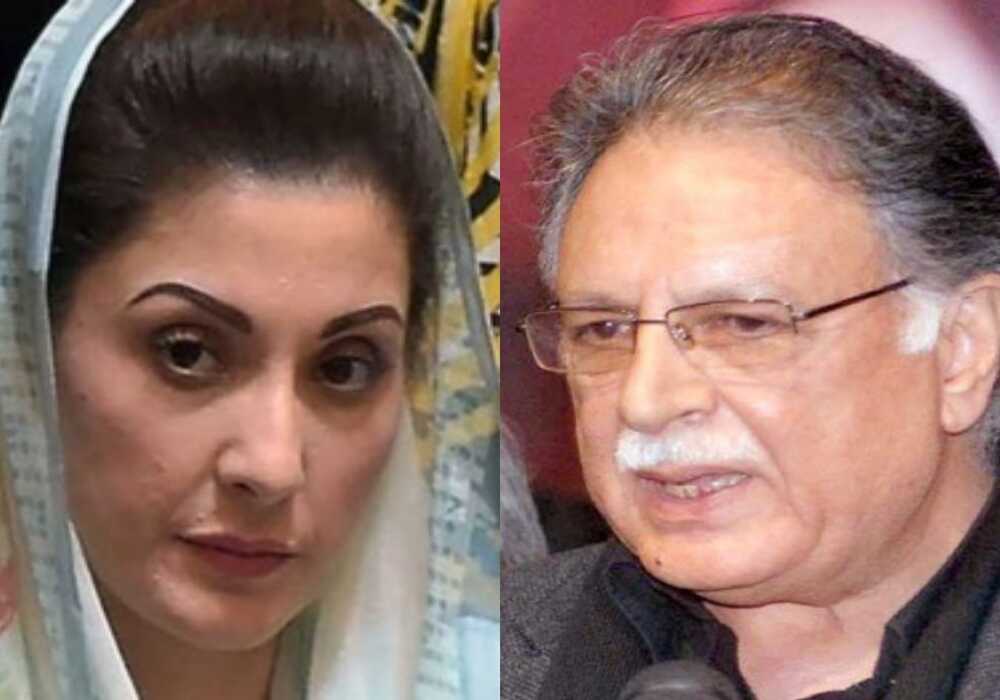 Minister of State for Information Farrukh Habib has slammed the Pakistan Muslim League-Nawaz (PML-N) after another voice clip, supposedly of PML-N Vice President Maryam Nawaz and party leader Pervaiz Rashid, leaked on the internet which showed the two allegedly talking of certain journalists being ‘biased’ against the party.

The voice clip, which was shared by local media channels, depicts Rashid discussing a television talk show on which controversial journalist Hassan Nisar was included. He claimed that Nisar was abusive towards the party.

Whereas Maryam purportedly said that another journalist and anchorperson, Irshad Bhatti, also “speaks quite vulgarly”. The pair then discusses another senior journalist, Mazhar Abbas, whom, Rashid says, was “slanted against the party”.

Rashid ostensibly added that no one on the talk show in question could be considered a PML-N spokesperson. He allegedly discussed analyst Hafeezullah Niazi, who had been removed from the show with his column discontinued.

Maryam then stated that she would first talk with the analyst and then discuss the issue with the channel’s owner, Mir Shakeelur Rehman.

In reaction to the voice clip, State Minister for Information Farrukh Habib said that PML-N had a history of blackmail and media manipulation.

A report by state media outlet Radio Pakistan stated the minister as saying that PML-N had repeatedly attempted to keep the media under pressure for their interests. He said the leaked audio “exposed” that the party was attempting to control media freedom once more.

The leaked conversation is the third such audio clip attributed to the PML-N vice president in many months. She has accepted only one as genuine.