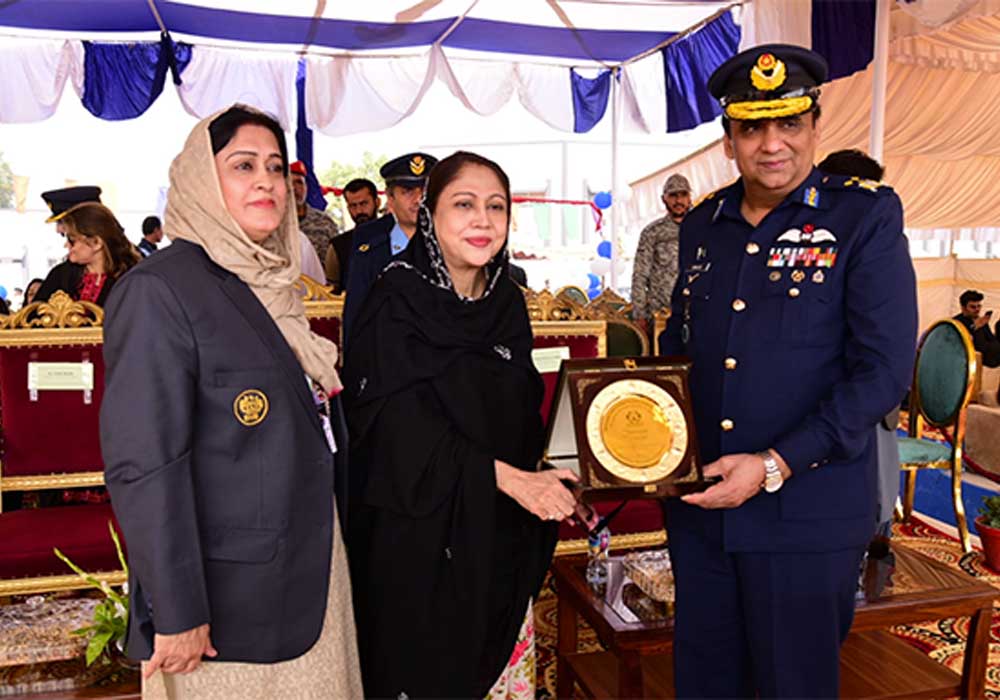 Central President of PPP Women’s Wing and Member of the Sindh Assembly, Faryal Talpur, has said that Bakhtawar Girls Cadet College is based on the dreams of Shaheed Mohtarma Benazir Bhutto to empower Pakistani women and an important milestone to create the future leadership.

She expressed these views while speaking as a chief guest at the annual parents’ day event in Bakhtawar Cadet College District Shaheed Benazirabad.

Speaking on the occasion, Talpur further said that Bakhtawar Cadet College was the first educational institution of its kind in the country, which set an example for others to follow after its establishment.

She said that today’s function may be just a college activity for the guests there, but for her, it was an opportunity to re-evaluate her dream. She said that at the present moment she was reminiscing about her hard days to start and fulfilling the dream of establishing a Girls Cadet College in Pakistan.

Talpur said that given the success and efficiency of this college, a second Girls Cadet College has been established in Larkana.

She said that when she came here in the year 2018, there were only 60 female students, but today this institution has a prominent position in every respect.

Talpur said President Asif Ali Zardari always guided to complete the establishment of this college on a prioritized basis.

She said that PPP Chairman Bilawal Bhutto Zardari is actively working to complete the mission of his mother Shaheed Mohtarma Benazir Bhutto, and she dreamed that educational institutions like Bakhtawar Girls Cadet College should be established in every district of the country.

Talpur assured the parents of the students present at the ceremony that as a member of the Sindh Assembly, she will continue to play her role to provide maximum facilities to this college. She also appreciated the efforts of the Principal, Management and Teachers of the Bakhtawar Cadet College.

Meanwhile, Sindh Education Minister Sardar Shah said that the Education Department will use all possible resources to provide more facilities to Bakhtawar Girls Cadet College. He also announced a bonus salary for the better performance of the Cadet College administration.

Earlier, Talpur was accorded a grand welcome by the management and students on her arrival at the college and was presented with a bouquet. Faryal Talpur planted a sapling in the college. She inaugurated the Arts and Science Exhibition and the newly constructed hostel block.