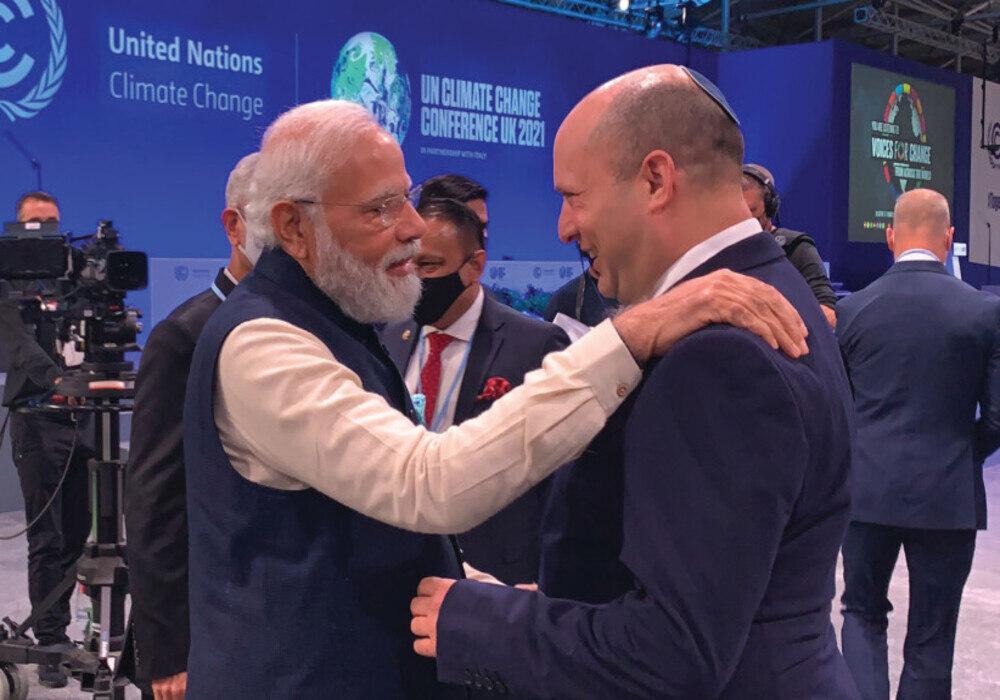 PM Bennett on Monday tweeted a video in which him and PM Modi placed their hands on each otherâ€™s shoulders while seemingly deep in conversation at the 2021 United Nations Climate Change Conference that was under way in Glasgow. PM Bennett said it was â€˜truly greatâ€™ to meet his Indian counterpart. PM Modi in response agreed the meeting was wonderful and said that the two states would continue working diplomatically for the betterment of the world. The Indian PM furthered that his country â€˜deeply valuedâ€™ friendship with Israel.

It was truly great to finally meet you, @NarendraModi.
ðŸ‡®ðŸ‡± ðŸ‡®ðŸ‡³#COP26 pic.twitter.com/DmBEPHqx3a

Other labels were also plastered on the two coming together, with one user opining that the two were â€˜authoritarian, nationalist [and] xenophobicâ€™.

Many also pointed out that both leaders were united in their disdain for Muslims. A user jabbed that the duo stood together against Muslims, while another said that â€˜far rightâ€™ had come together. Another said that the two represented the two most â€˜cruel, racist and murderous statesâ€™.

PM Bennett has led Israel since former prime minister Benjamin Netanyahu was ousted from the Israeli Parliament in June this year. Israel under Netanyahu was often decried for waging war crimes against Palestinians. At the time of the government change, several media reports claimed that PM Bennetâ€™s rule would be no different for Palestinians than Netanyahuâ€™s. Meanwhile, PM Modiâ€™s policies have often been critiqued as oppressive towards Muslims in India.