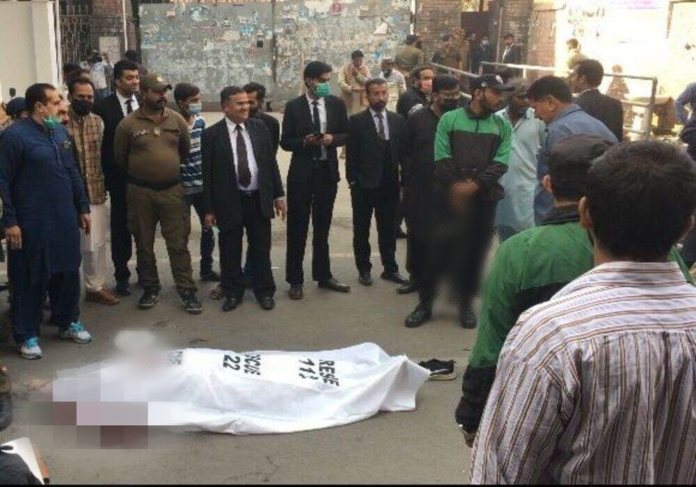 A man was killed, and his son left severely injured in a firing incident outside the main gate of the Judicial Complex in Lahore on Monday.

The incident took place at around 9:00am when the father and son were coming to the court for a case hearing.

According to witnesses, the father’s body remained on the road for an hour after the incident took place. The capital city police officer (CCPO) took notice of the incident and directed the police to arrest the culprits involved in the crime.

Superintendent (SP) Rizwan reached the spot along with his team and launched an investigation. Rescue workers also arrived and shifted the body to the morgue, while the injured was taken to a local hospital for medical care.

The police said that two assailants came on a motorbike and shot at the victims. The deceased and his son belong to Sadhoki.

Fear spread amongst locals, litigants, and lawyers due to the firing incident. The people said that the incident was evidence of poor security arrangements for the litigants and lawyers.