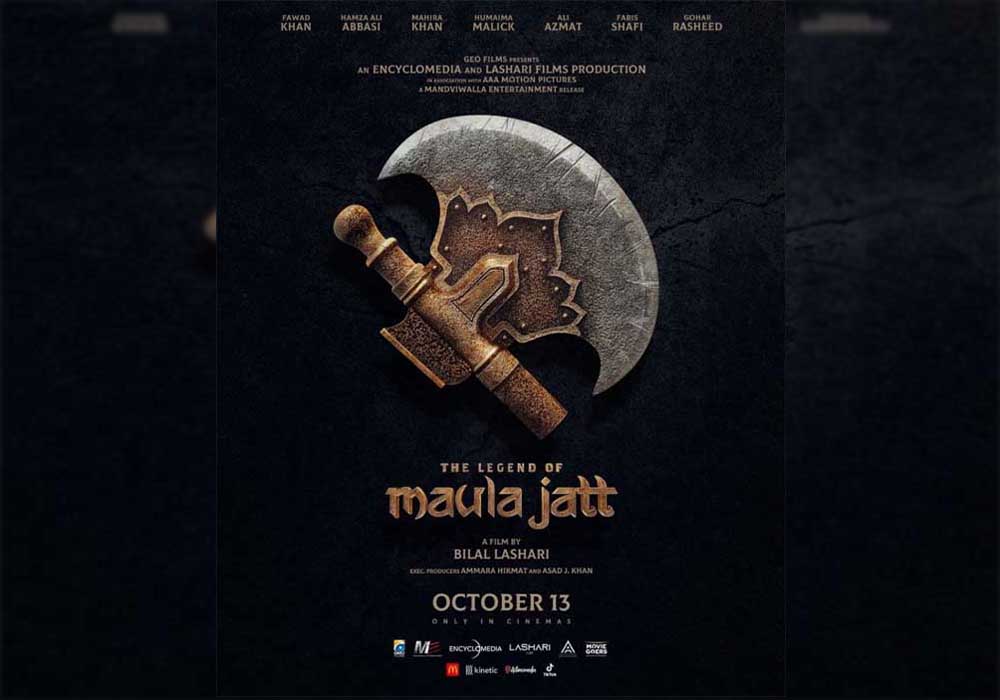 ‘The Legend of Maula Jatt’, starring Fawad Khan and Mahira Khan, finally got a release date after nine years in the making. According to a press release, the movie, which also features Hamza Ali Abbasi, Humaima Malick, and Mirza Gohar Rasheed in crucial roles, will be released in theatres on October 13.

‘The Legend of Maula Jatt’ is by far Pakistan’s most expensive movie. This powerful and epic hero origin narrative is a hard reboot of the 1979 cult hit ‘Maula Jatt’, with a screenplay by Bilal Lashari and dialogues by Nasir Adeeb.

The movie is produced by Ammara Hikmat under the joint venture of Encyclomedia & Lashari films in partnership with AAA Motion Pictures, and is directed by Lashari, who is most known for his directorial debut, the box office hit movie Waar.

The announcement of ‘The Legend of Maula Jatt’ came in 2013. The producer of the original movie, Sarwer Bhatti, withdrew all cases earlier this year, clearing ‘The Legend of Maula Jatt’ of any legal complications. Bhatti has refuted all claims that him and the movie’s producers reached a financial agreement. Bhatti claims that he made the choice because he cares about the success of regional films.

The movie’s first look teaser, which was released in 2019, was met with a thundering response across the globe due to its big cinematic production, excellent star cast, and massive size. The movie reimagines the greatest rivalry in cinema, starring Fawad as the renowned Maula Jatt and Hamza as his fiercest foe, Noori Nath.

The movie is a reworking of Ahmed Nadeem Qasmi’s Urdu play ‘Gandasa’, much like Maula Jatt and Wehshi Jatt. Other notable actors who contribute to the ensemble star cast of the movie include Faris Shafi, Ali Azmat, Shafqat Cheema, and Nayyer Ejaz.