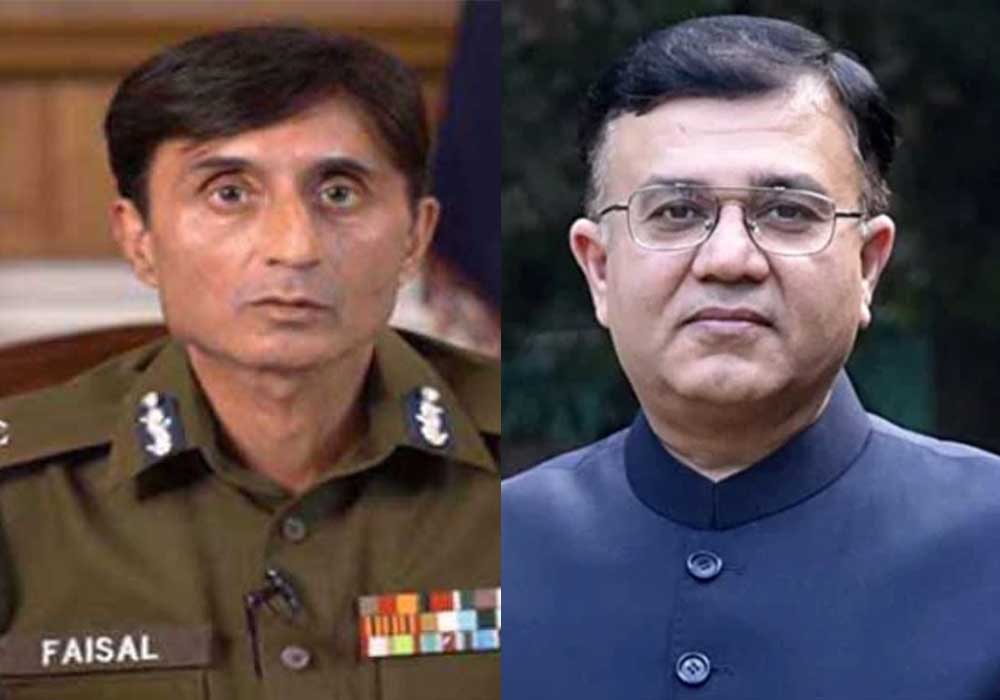 Chief Secretary Punjab Kamran Ali Afzal has been replaced by the federal government while IG Punjab Faisal Shahkar has also stepped down from his post.

Abdullah Khan Sumbal has been appointed as the Chief Secretary In Punjab and the Establishment Division has also issued a formal notification in this regard.

On the other hand, IG Punjab Faisal Shahkar has also stepped down from the charge of his post after which he will take charge of the Police as an advisor to the United Nations.

A report has been sent to the Secretary Services regarding the relinquishment of charge by the IG Police after which Ghulam Rasool Zahid has been given the charge of acting IG Punjab.