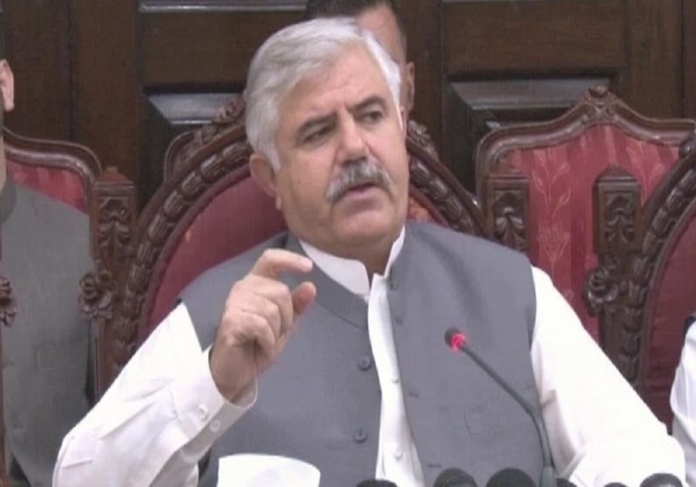 Khyber Pakhtunkhwa Chief Minister Mahmood Khan claimed that extortion calls coming from Afghanistan were because of the federal government’s failures.

On Friday, during a press conference in the Swat neighbourhood of Gabin Jabb, the KP CM said that he had neither paid nor been solicited for any extortion money.

Mahmood was on his first visit to Swat following widespread anti-militancy demonstrations.

According to media reports, the letter came from the outlawed Tehreek-e-Taliban Pakistan (TTP). Additionally, it was said in the letter that if the payment was not made within three days, Atif would have to face consequences.

The chief minister stated there will be no compromise on peace and that the administration and people will fight together.

He went on to say that the turmoil “was propagated”, and that if there is peace, the province will flourish and prosper.

CM KP accused the federal administration of disturbing public order and said that he will not let all the hard work done in four years be destroyed.