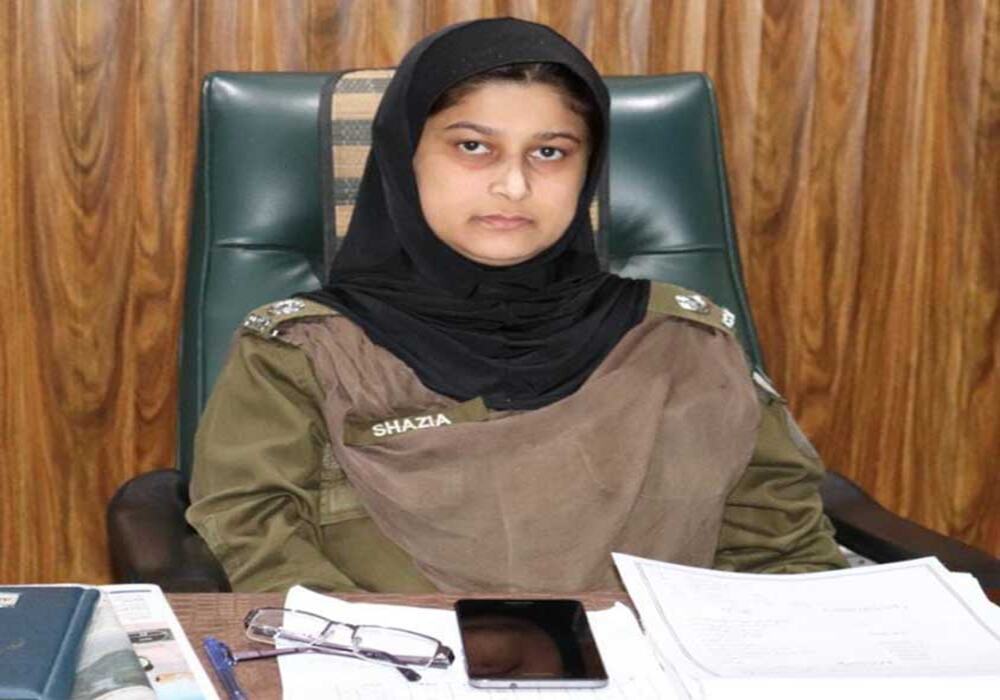 On the instructions of Inspector General of Police Punjab Faisal Shahkar, along with providing a better work environment to women officers in Punjab Police, appointments to supervisory positions have been accelerated, and in this regard, a woman officer from Balochistan has been appointed DPO for the first time in Punjab.

According to reports, IG Punjab has appointed a woman police officer from Balochistan, Shazia Sarwar, as DPO. SP Shazia Sarwar belongs to Bolan District of Balochistan and 40th Command of Pakistan Police Service, she has served in important positions in different districts of Punjab. Shazia Sarwar has also been posted as SP, Police School of Intelligence Lahore and AIG Gender Crime. IG Punjab Faisal Shahkar said that women police officers are being appointed to better positions in the field. SHOs are also deputing women officers in major cities including Lahore, Faisalabad and Gujranwala. The IG Punjab further said that two senior women officers have been included as board members in the Police Executive Board while the decision to establish the first police station for women in Gujranwala is also a link in the same chain. Shahkar said that the role of women in the development of society is very important and the appointment of women officers in important positions in the field will bring positive results.