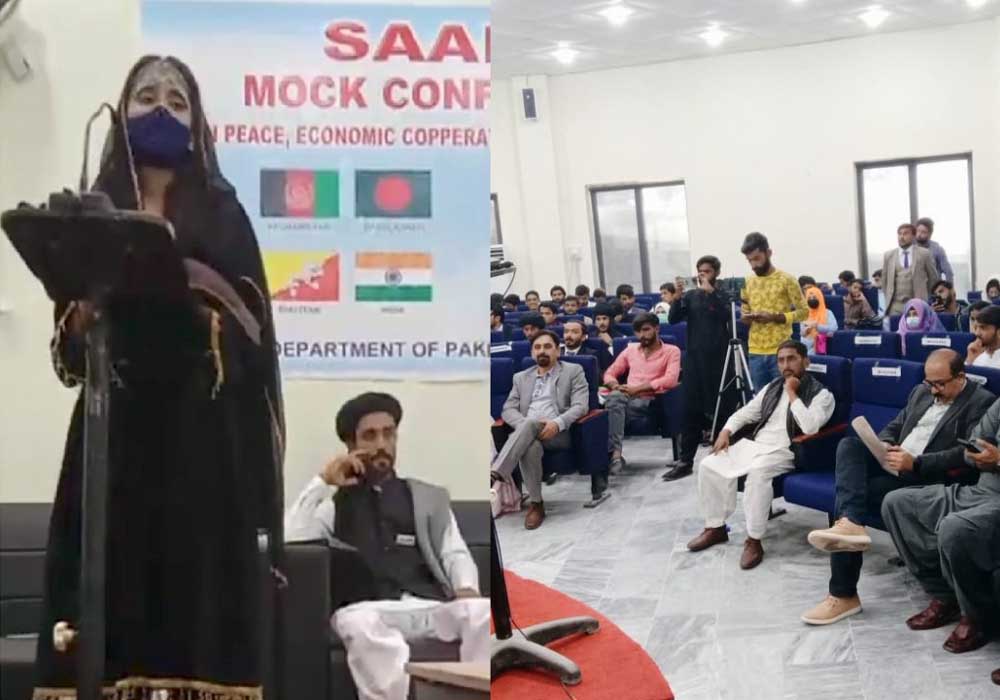 Students representing from different countries expressed their views on regional peace, economic cooperation, and climate changes, and demanded environmental justice from the countries that are creating environmental chaos. Pakistan Studies Department of Shah Abdul Latif University Khairpur organized the mock conference of SAARC, an organization based on 8th countries of South Asia, in the auditorium of Students Societies Service Center.

In the conference held under the hosting of Maldives, student groups represented all eight member countries of the organization, namely Afghanistan, Pakistan, Bangladesh, India, Bhutan, Nepal, Sri Lanka and Maldives. The representation of the Taliban government by the female prime minister of Afghanistan was the center of interest. Dr. Siraj Ahmad Soomro, chairman of the Pakistan Studies Department, which convened the mock SAARC conference, said in his address that the participation of the female prime minister of Afghanistan in the mock SAARC conference is actually a loving message to the Taliban government that they should change their conservative thinking according to modern demands.

Instead of ruling and banning the education of girls, give them representation in the political process, as this will change the perception of the world about the Taliban. Development of Afghanistan is possible only when democracy and human values are protected there. In the SAARC Mock Conference held under the title of Peace, Economic Cooperation and climate Change, the leaders representing various countries emphasized on joint cooperation for the establishment of sustainable peace in South Asia and the solution of various economic, political and other problems facing the region.