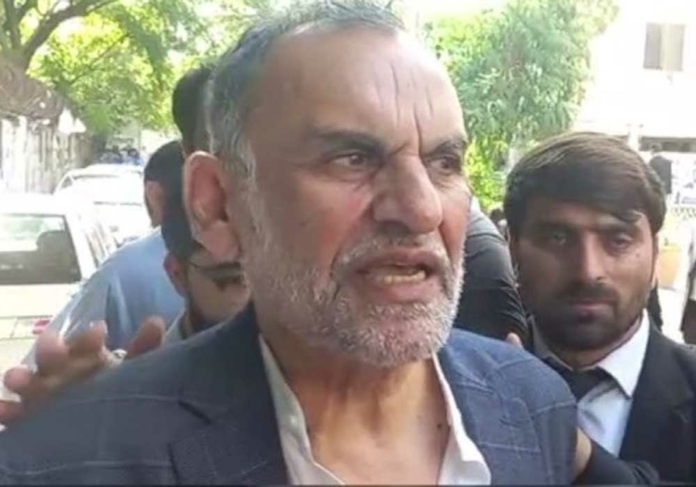 “Midnight jackals came to his house and identified themselves as FIA personnel,” said Babar Awan while speaking to the media.

According to media reports, Swati has been arrested for his “controversial tweets” and is accused of making statements against institutions and inciting people.

Swati’s name is also involved in the banned funding case and he was also under investigation in a cyber-crime case.

On Thursday morning, Azam Swati was produced in the court of Senior Civil Judge Shabbir Bhatti, where the FIA requested a seven-day physical remand of the PTI leader.

Azam Swati’s lawyers argued in the court that his client has been arrested only on political grounds.

In addition, the court ordered that Azam Swati should be immediately treated at PIMS Hospital, after which the FIA team took Azam Swati to PIMS.

Farhana Swati, daughter of Senator Azam Swati said that the voice of the opposition cannot be suppressed by these tactics.

He further added that he was arrested by FIA but was tortured by personnel from agencies. Swati alleged that despite being a parliamentarian he was denuded.