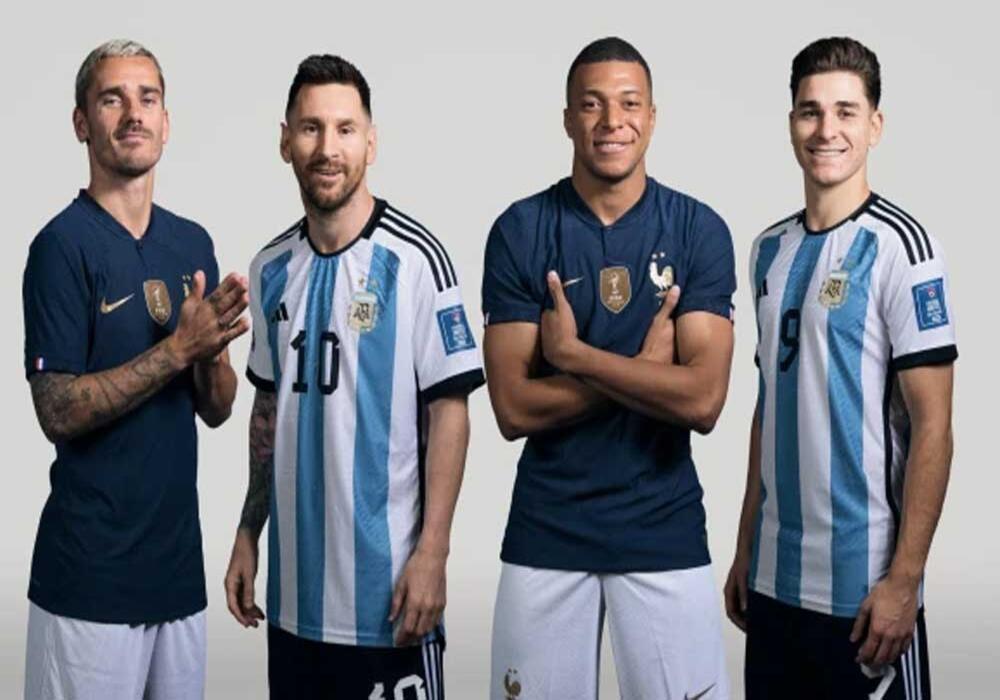 Messi, arguably the greatest football player to ever play, is nearing retirement. The extraordinary talent Mbappe, who is only 23 years old and has only two fewer World Cup goals than Messi, is set to dethrone the 35-year-old Argentine as the finest player in the world.

Messi may have been the centre of attention for Argentina teams in previous years, but as he gets older, his job in La Albiceleste has evolved beyond that of a playmaker supreme, inspiring his teammates and waiting for the right opportunity to work a little magic.

There’s no guarantee the 2018 champions would have advanced this far if they had some of their international players, including the injured Karim Benzema, Paul Pogba, and N’Golo Kante, on the field.

Due to their absence, Mbappe has garnered the attention of the international media as well as defensive lines throughout the tournament. And it has given Olivier Giroud, a seasoned performer, and the incredibly versatile Antoine Griezmann the time and space to thrive.

However, the Doha spectators appear to believe that Argentina’s day for a third victory has arrived, and the white and sky-blue will predominate in the almost 90,000-capacity Lusail Stadium.

Argentina supporters travelled to Qatar in greater numbers due to the possibility of Messi winning the World Cup in his most recent competition; it was believed that at least 40,000 of them were in the stadium.

This is the eleventh time a South American and a European nation have faced off in a World Cup final.

The French have come out strong to take a first-half lead in both the quarterfinal versus England and the semifinal versus Morocco. They have then been content to soak up pressure and play on the counterattack, a strategy that also worked during the nation’s run at the World Cup title four years ago.