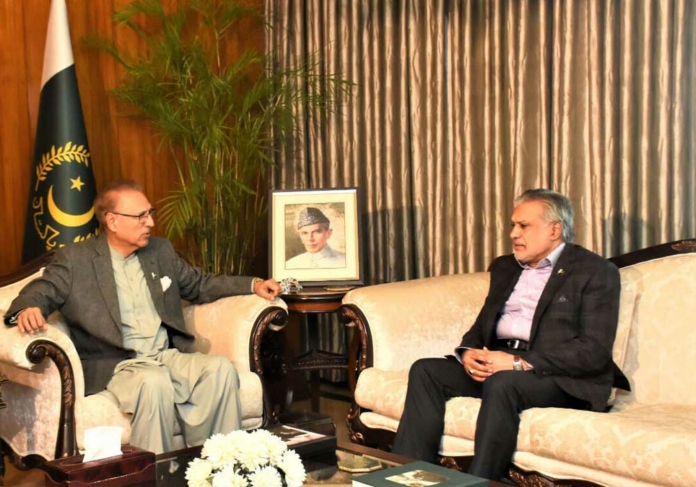 According to the issued statement, the meeting took place at the Presidency where the two discussed the country’s affairs. The Finance Minister briefed the President on the economic and financial situation of the country.

The president was also briefed about the flood-affected areas and rehabilitation of the victims and the Finance Minister took the President into confidence on the important decisions to be taken in the future, the statement said.

According to reports economic as well as important deployment, issues were also discussed in the meeting. Reducing tensions between Pakistan Tehreek-e-Insaf and the government was also discussed between the President and the Finance Minister.

President Alvi had admitted last week that there has been no progress in backdoor talks with powerful quarters to end the political chaos by finding a workable solution.