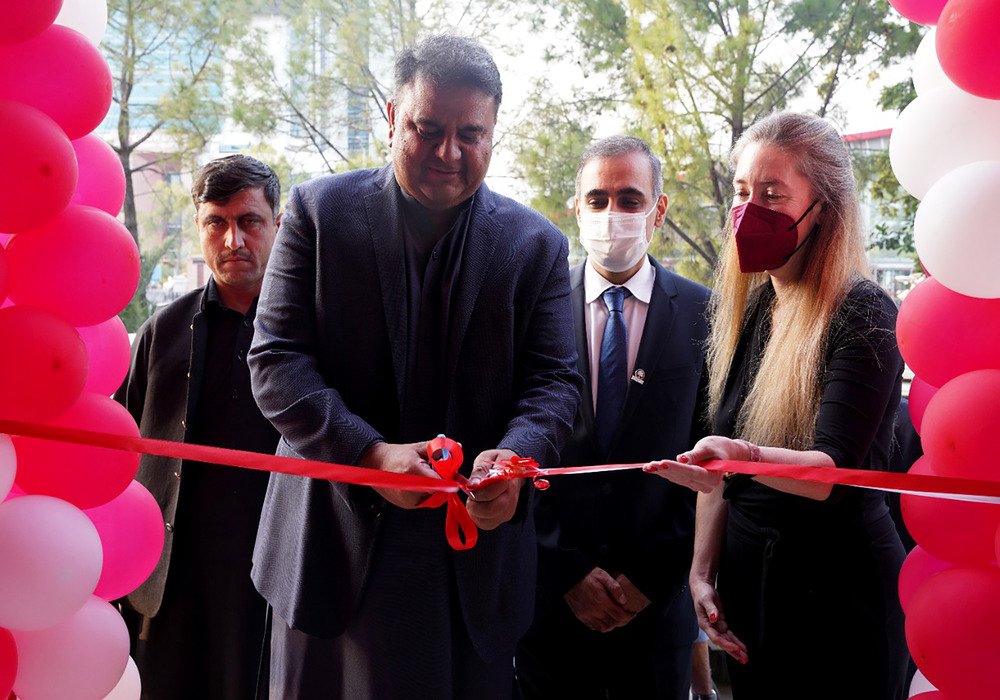 In line with its commitment to empowering women through financial inclusion, Pakistan’s leading microfinance institution, FINCA Microfinance Bank Limited Thursday launched the microfinance industry’s first branch staffed entirely by women in the federal capital. The inauguration of the branch was celebrated by Minister for Information and Broadcasting Fawad Chaudhry, who was joined by the bank’s global leadership team, including Andrée Simon, President and CEO of parent company FINCA Impact Finance (FIF). The banks and microfinance institutions in 19 countries that make up the FIF network deliver responsible financial services to low-income customers across the world.

“We are so proud of the responsible financial services FINCA provides in Pakistan,” said Andrée Simon. “Since 2013, FINCA Pakistan has provided Rs131 billion in loans, resulting in an estimated three million jobs. Today, we serve 1.5 million Pakistanis, the majority of whom are in rural areas. We employ more than 2,400 employees in 120+ cities across Pakistan,” she added.

Simon stated, “We are dedicated to increasing the financial health of Pakistani women and their families. This branch, operated entirely by women, demonstrates our commitment to meeting the unique needs of female customers.”

The all-female staff branch in Islamabad currently serves approximately 400 deposit clients, maintaining a deposit base of an estimated Rs400 million. The branch is offering free ATM cards and cheque books to current and new female depositors to celebrate its inauguration till December 2021.