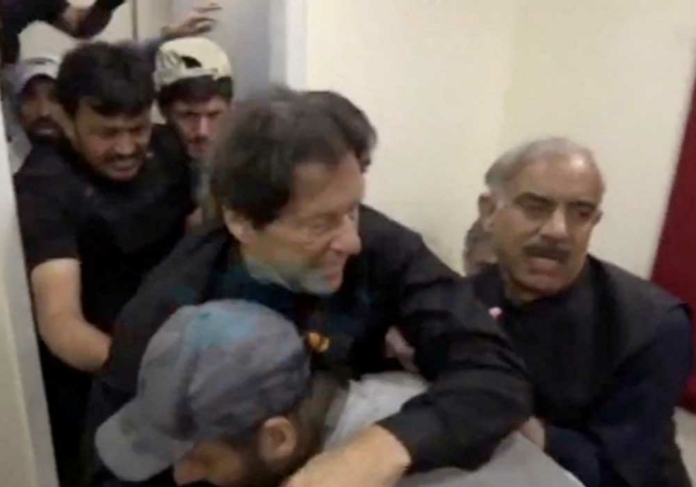 Former Prime Minister and Pakistan Tehreek-e-Insaf (PTI) Chairman Imran Khan and Chief Minister Punjab Chaudhry Pervez Elahi have developed differences over the issue of FIR of the attack on Imran.

According to reports, CM Punjab has expressed his displeasure over Imran Khan’s behaviour.

Pervaiz Elahi has been willing to lodge the FIR as per law while PTI Chairman Imran Khan has wanted to get the FIR registered as per his wish.

13 people, including the PTI chairman, were injured and one person was killed in the murderous attack on Imran Khan in Wazirabad yesterday. The participants of the long march had caught a person on the spot and handed him over to the police, who was identified as Naveed.

However, no case of assault has been registered so far.