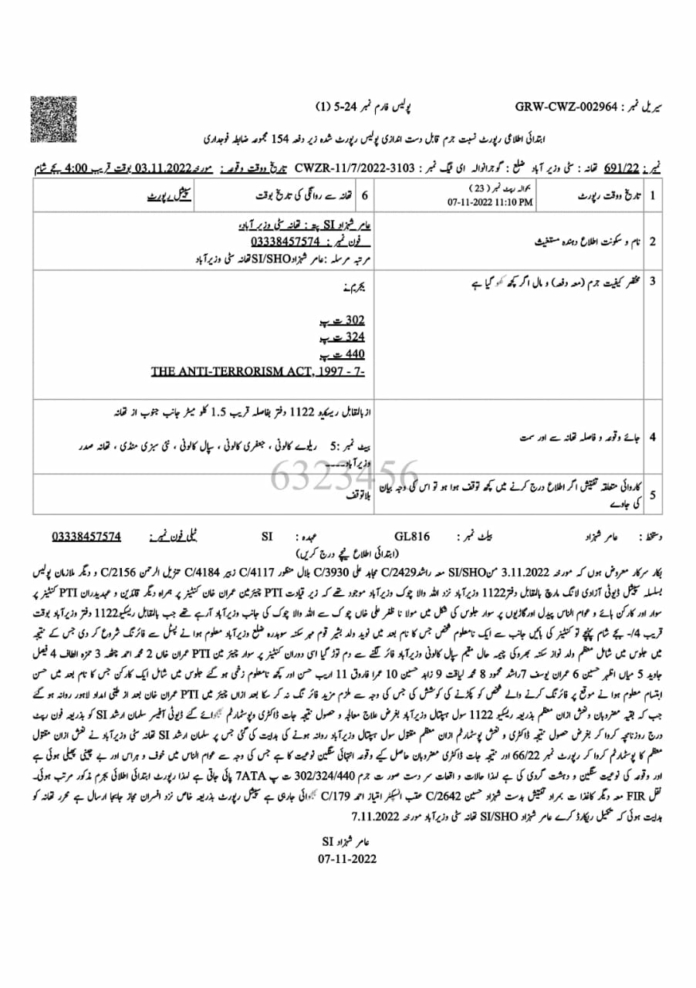 A case of the murderous attack on Pakistan Tehreek-e-Insaf (PTI) Imran Khan has been registered at City Wazirabad Police Station.

The already arrested Naveed along with unknown persons have been nominated in the FIR.

Earlier during the hearing today the Supreme Court of Pakistan had directed to register an FIR in the attack on Imran Khan. The case has been registered under murder, attempt to murder, terrorism and other sections.

The FIR will be submitted to the Supreme Court today.

However, the PTI leadership has rejected the FIR as the people they wanted to nominate were eliminated from the FIR.

Pakistan Tehreek-e-Insaf (PTI) Chairman Imran Khan was injured in a murderous attack during a long march in Wazirabad on November 3.