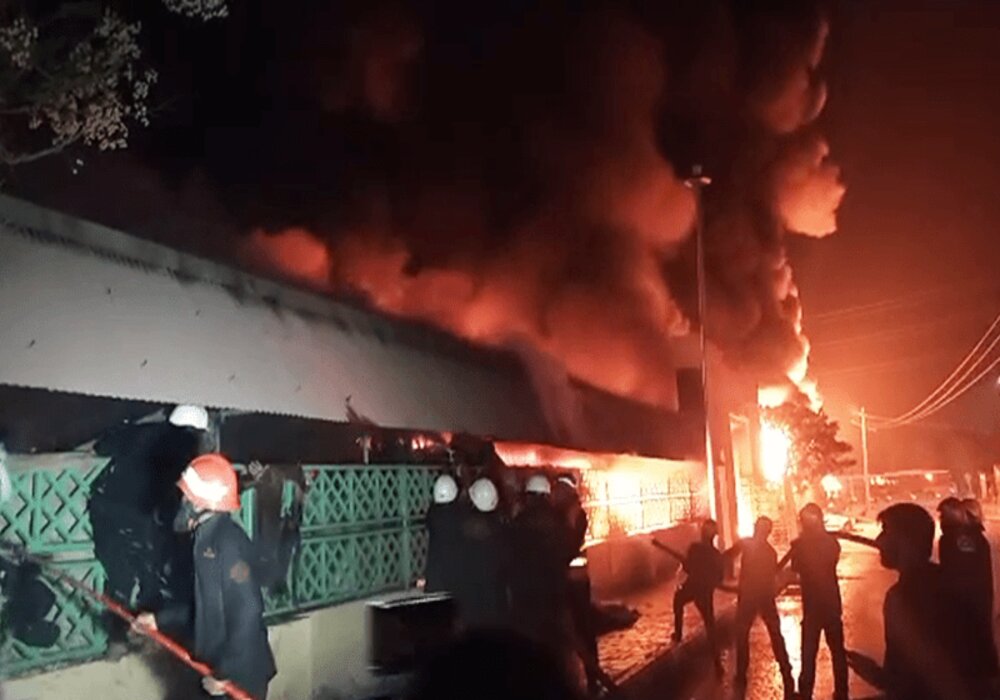 The fire that broke out in the Sunday Bazaar area of Islamabad’s H-9 was brought under control.

The fire broke out at 6 pm in Sunday market after which 10 fire tenders and other rescue teams brought the fire under control.

Huge fumes were seen in the area due to the fire that had spread rapidly. A large area was apparently affected due to the incident.

Islamabad Deputy Commissioner Irfan Nawaz Memon said that a tragic incident of fire took place in Sunday Bazaar H-9 after which the fire brigade and other rescue teams reached the spot and brought the fire under control.

Deputy Commissioner Islamabad talking to the media said in a statement that the fire broke out on cloth and carpet stalls. He said that the fire affected 20 percent of the market and a committee had been formed to determine the cause of the fire.

The deputy commissioner said the market will open as usual on Friday. He also said that power was temporarily cut off in the area so that there was no loss of life.

Earlier Interior Minister Rana Sanaullah took notice of the fire and directed DC Islamabad to supervise the rescue operation. He also sought a report on the fire incident from the district administration of Islamabad.