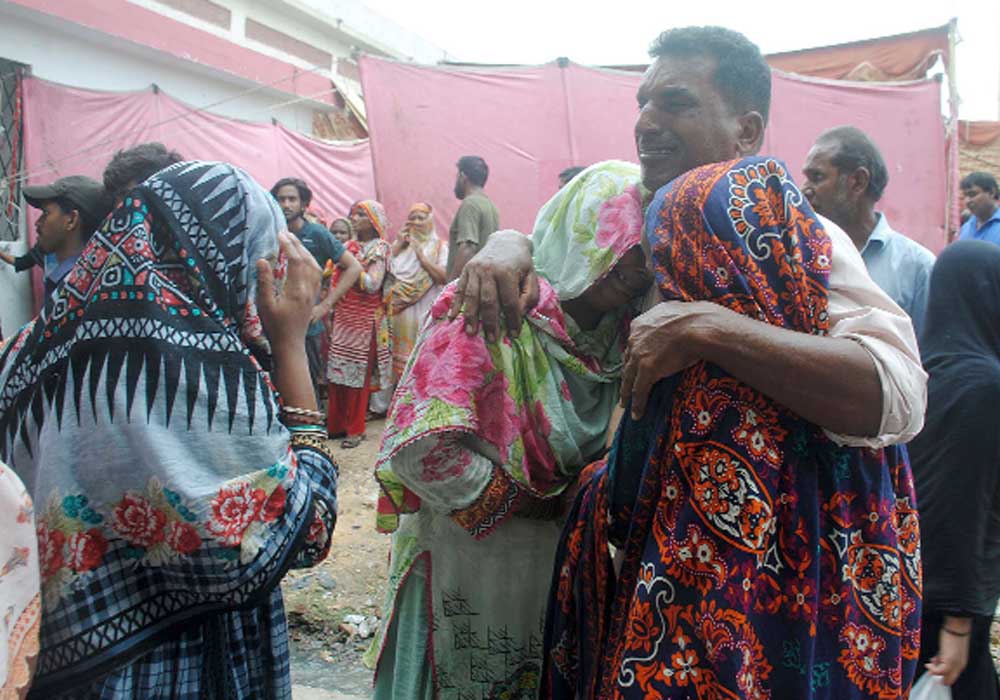 Five victims of the Hyderabad gas leak explosion passed away during treatment at a hospital in Karachi, police said on Thursday.

The third-degree burn victims were referred to a speciality hospital in Karachi after they received emergency care in their home city. Police officials said the incident took place in Hyderabad’s Gharibabad Colony on Wednesday night.

They said that the family had forgotten to turn off the gas at night following a gas outage in the area. When the supply was restored, the gas accumulated in the house and an explosion took place when one of the women of the house lit a match to prepare breakfast. As a result, eleven people were severely burnt by the flames.

The ceiling and walls of the room also collapsed due to the blast. The victims were referred to Karachi in critical condition, where five of them succumbed to injuries on Thursday.

The deceased persons include a husband and wife, their daughter, granddaughter, and daughter-in-law: Usha, wife of Sagar 25, Anita 30, wife of Suresh, Sawatri, wife of Ratan 60, and Ratan65, The victims suffered full body burns ranging between 100% to 22% as per a report issued by Dr Ruth Pau Civil Hospital Karachi.