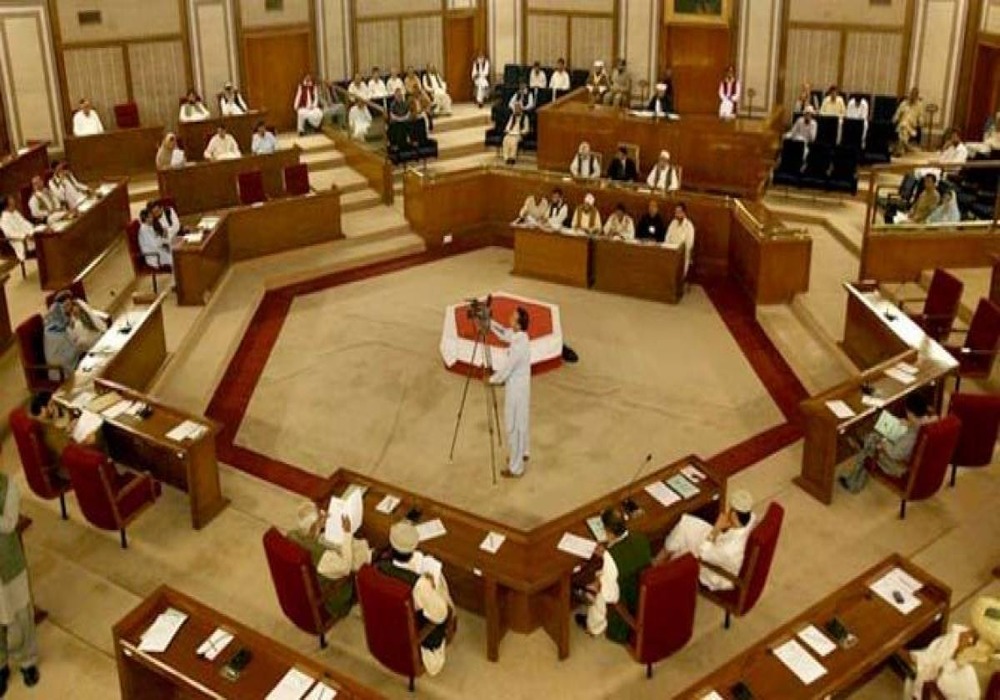 Members of the Balochistan Assembly voted on a motion of no-confidence today against Chief Minister Jam Kamal, with 33 members giving a go-ahead to the motion, while five members allegedly went missing before the session.

Media reports stated that Balochistan Awami Party spokesperson Abdul Rehman Khetran presented the no-confidence motion before the assembly and it was voted upon by 65 members of provincial assembly (MPAs). Thirty three members supported the motion of no confidence against the chief minister.

Journalist Absa Komal stated on Twitter that the opposition leader claimed that five MPAs went missing before the session, with one lawmaker showing up later during the session.

Meanwhile, local media reported that during the session, MPA Abdul Rehman Khetran had put forth the demand for the release of the five missing legislators, and had added that Chief Minister Jam Kamal had lost the confidence of the house.

A no-confidence motion against the leader of the house should have the approval of at least one-fifth of the members of the assembly. Subsequent to such an approval, the assembly has to take a vote of confidence against the prime minister or chief minister.