Five of a family die in Faisalabad road accident 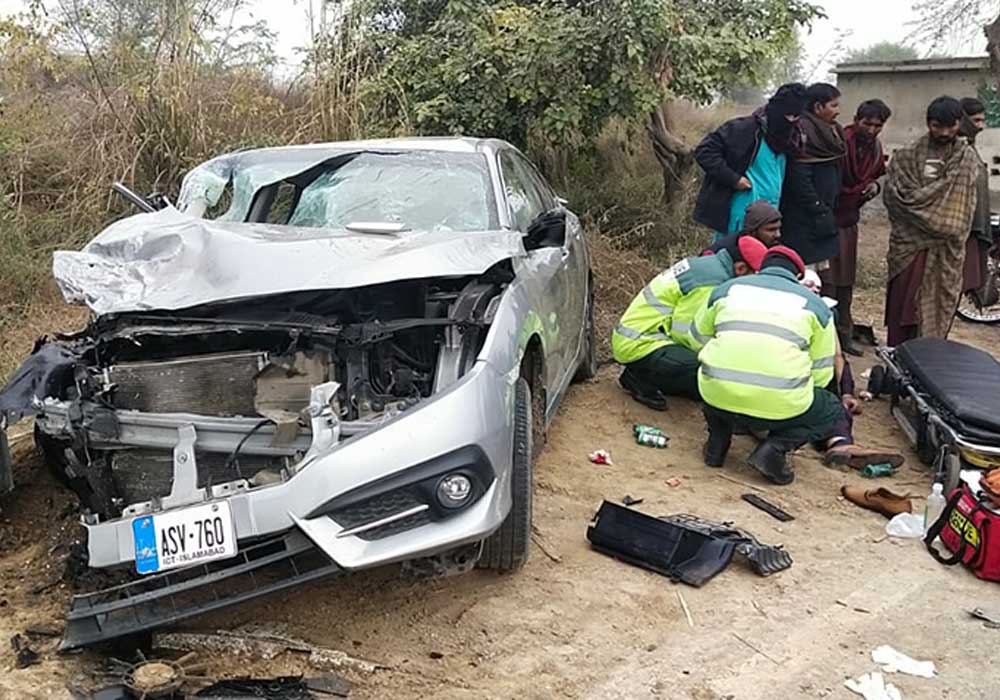 Five members of the same family were killed and five were injured in a three-car collision on Gojra road near Faisalabad’s Dijkot. The deceased include a man, his son and three real brothers. The injured have been shifted to the hospital. Near Chak No. 271 Lahrayan, two cars of the procession were going at a high speed when they collided with the car coming in front.

As a result, 5 people died on the spot while 5 people were injured, out of which the condition of three is said to be serious. Two were shifted to District Headquarters Hospital while one was shifted to Allied Hospital where medical assistance has been started. Among those who died in the tragic accident are five members of the same family, including father and son, 48-year-old Safdar and 12-year-old Subhan, as well as three real brothers, 24-year-old Muzaffar, 23-year-old Rashid and 22-year-old Hamza.

Punjab Chief Minister Chaudhry Parvez Elahi has expressed a deep sense of sorrow and grief over the loss of precious human lives in a traffic accident on the Faisalabad Gojra road.

The CM expressed his heartfelt sympathy and condolence to the heirs of the deceased persons and directed the administration to provide the best treatment facilities to the injured persons in the accident. He sought a report about the accident and directed the administration to take further action by bringing the driver found responsible for committing this negligence into the stern grip of the law.