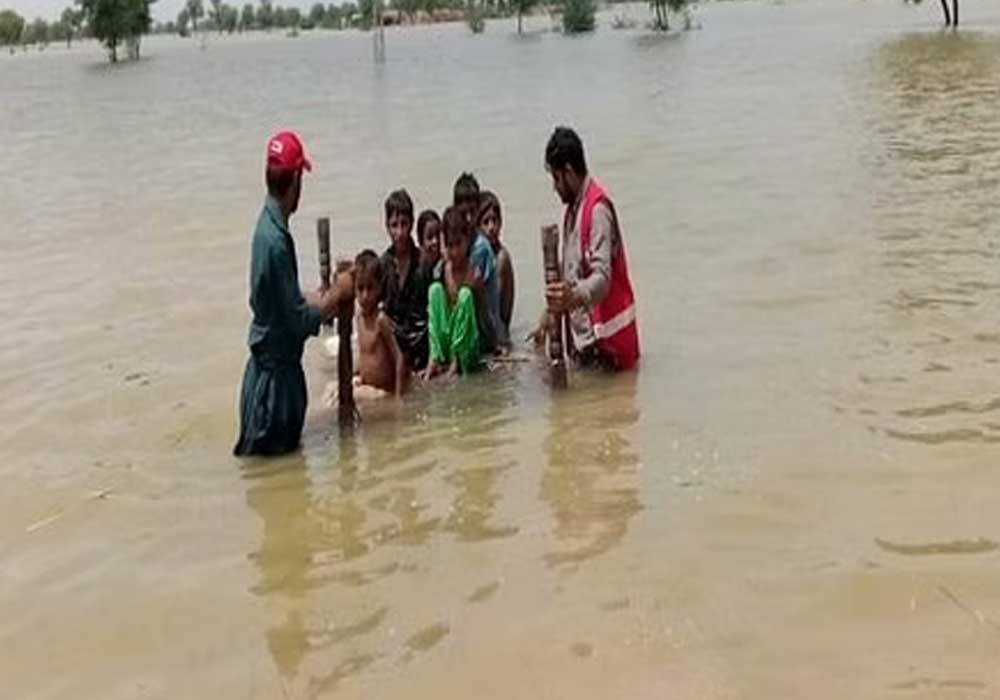 Irrigation authorities planned a cut in the Indus Highway near Mukhtiar Nanagar in case the flow of water towards the urban center increased further, as flooding continues to threaten the city.

On Saturday, according to Jail Superintendent Abdul Ghaffar Chandio, 329 inmates were transferred from Dadu district jail to other jails in the Hyderabad area due to the fear of flooding.

Following a 500-wide breach in the Ring bund at Pir branch, water has begun to flow towards Dadu city, engulfing almost 300 villages along the way.

MPA from Dadu, Pir Mujeeb ul Haq, while talking to local media said that machinery was being transported near the Dadu bypass as all-out attempts were being made to preserve the city.

Additionally, when cuts were made to ease the strain on Manchhar Lake, the grid station servicing Bhan Syedabad was inundated, which caused the city’s electrical supply to be suspended on Saturday morning.

Parts of Pir Shahnawaz, Kamal Khan, and Yar Mohammad Kalhoro of Dadu taluka have been impacted by flooding. Water is also moving towards Khudabad, Phakka, and Papri of Taluka Dadu.