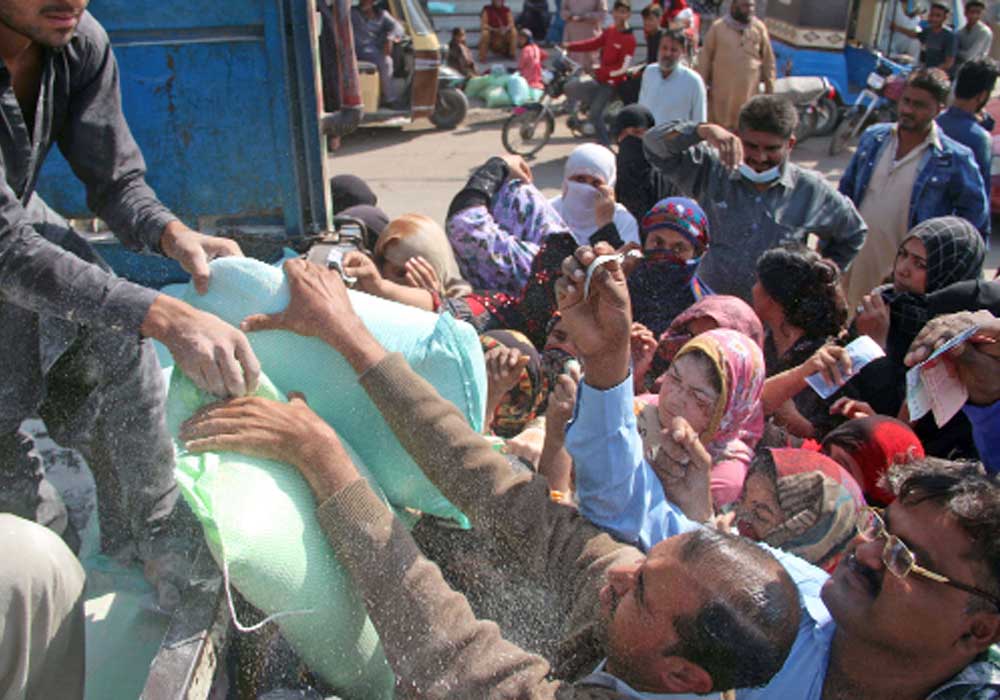 The people of Sindh are being forced to buy wheat flour at Rs130 to Rs150 in various areas of the interior parts of the province.

Reports on Thursday said that the flour crises have deepened as consumers were forced to buy the flour at Rs130 to Rs150 per 1 kg in various parts of the flood-affected Sindh.

The people who after losing their crops and livestock during the worst floods have been left with no other option but to buy flour at exorbitant rates to feed their families. The people in some towns have found no respite from the rising prices of essential commodities and also came on the roads to register their protest against the high-ups of the Sindh government, who have failed to control the prices of daily-use items in the whole province.

The protesting people talking to the media persons during their demonstrators outright rejected the claims made by Sindh Information Minister Sharjeel Inam Memon that flour was being provided to the people at Rs65 per 1 kg at hundreds of the centres established by them in various towns of the province, adding they termed the claims of Mr Memon as another gimmick by rulers to dupe the starving people. They said that many families in flood-hit areas of interior Sindh had been forced to purchase sub-standard rice for their survival and this exposed their lives to various stomach complications.

They said that the flour available at centres established by the functionaries of the Sindh government was of poor quality and ground from rotten wheat grains which were badly affected by floodwaters. They complained that 13 million souls who are yet to be provided with compensation to resettle in their ravaged localities and villages were finding it hard to even feed their families under the worsening conditions adding they demanded the take punitive actions against the profiteers and ensure the availability of flour in their respective areas at subsided rates.

Meanwhile, reports from various areas of the Tharparkar district said that people of the desert district people were not being provided with flour at Rs65 per 1kg and were forced to buy wheat grains and flour at much higher rates. The people said that “as per laws” enacted by Colonial rulers since the desert region does not produce food grains so they had to be provided with flour at subsided rates. 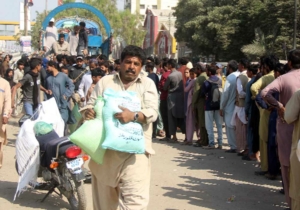 They added that the supply of food grains was not being given to the flour millers across the district so that they could either purchase the grains or flour from the designated mills.