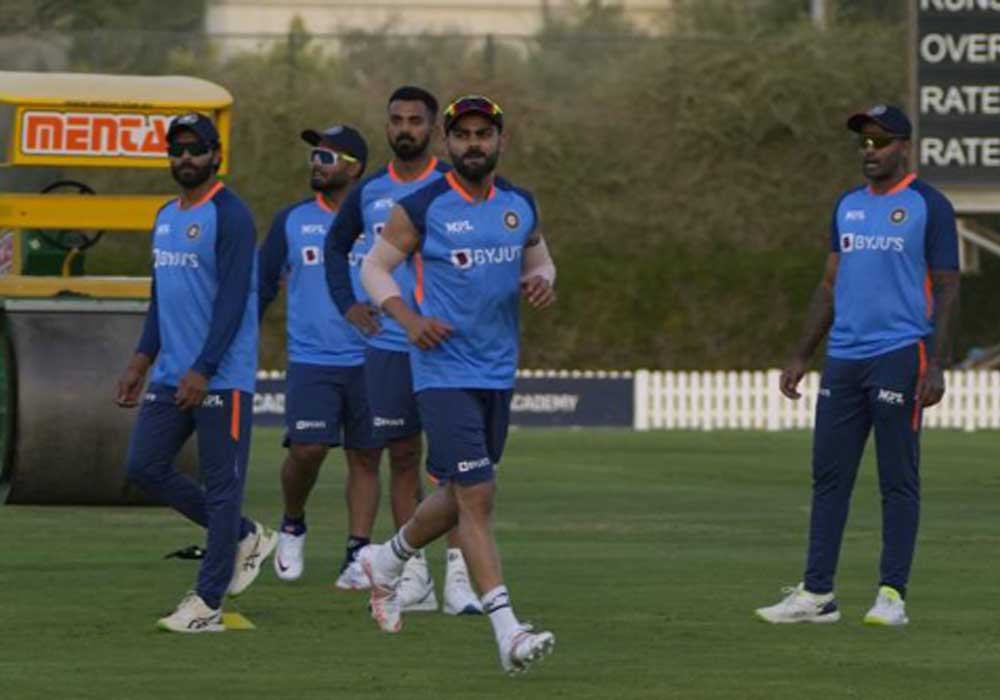 The traditional rivalry between subcontinental rivals Pakistan and India on Sunday will be spiced up by how well Virat Kohli performs at the T20 Asia Cup in the United Arab Emirates. Kohli returns to international cricket after a break of seven weeks during which India has outplayed the West Indies and Zimbabwe in white-ball cricket without its ace batter.

It´s been over 1,000 days since Kohli last scored a 100 in international cricket and he will be looking to make his 100th T20 international appearance on Sunday end the debate on his future in the shorter version of the game.

“My main aim is to help India win the Asia Cup and the World Cup and I am ready to do anything for the team to make it possible,” Kohli said recently.

Kohli has played just four of India´s 24 T20s since the last T20 World Cup, which was also held in the UAE. He had a below-par IPL for Royal Challengers Bangalore and has scored just 422 runs in T20s this year with an under-par average of 22.21 and a poor strike rate by his standards of just 118.20.

Kohli will be the only second player after Ross Taylor of New Zealand to have played in more than 100 games in all three formats of the game.

But it could be a make or break situation for Kohli as it will be the last major event before India picks its squad for the T20 World Cup in Australia in October. The depth in India´s top-order batting in white-ball cricket – especially in T20s – is so great that in order to accommodate Kohli in the Asia Cup, it had to leave out strong batters like Shreyas Iyer. Pakistan has to rely on its second-string pace attack after destructive pace bowler Shaheen Shah Afridi was ruled out for at least four to six weeks because of a knee injury he sustained while fielding during a test match in Sri Lanka last month. It suffered a second blow in its pace armory on Friday when young Mohammad Wasim Junior was also ruled out because of side strain. Afridi was the wrecker-in-chief when he blew the Indian top-order in the T20 World Cup with the wickets of captain Rohit Sharma, K.L. Rahul and Suryakumar Yadav – all three part of India´s team in T20 Asia Cup.

“Left-arm seamers, right now in world cricket, are the most dangerous, causing the most trouble for the batters,” Rahul said in Dubai. “If he (Afridi) had played, it would have been a good experience playing against a quality bowler like that and challenging ourselves.” Young fast bowlers Mohammad Hasnain, who is making a comeback after remodeling his bowling action, and uncapped Naseem Shah could be in line to supplement Haris Rauf and challenge a strong India batting lineup. Shahnawaz Dahani is another fast bowling option for Pakistan. Naseem made an impressive debut in white-ball cricket in the recent ODI series against the Netherlands, claiming 10 wickets in three games that included a five-wicket haul in the last match at Rotterdam to seal Pakistan´s 3-0 victory. Like India, Pakistan has a strong top-three batting lineup with captain Babar Azam scoring heavily up front with Mohammad Rizwan and Fakhar Zaman. Babar and Rizwan were the architects of Pakistan´s superb chase of 152-0 when they scored unbeaten half centuries against India in the last T20 World Cup group game. The top three Pakistan batters have consumed 70% of the balls in the 13 T20 internationals since the last T20 World Cup.