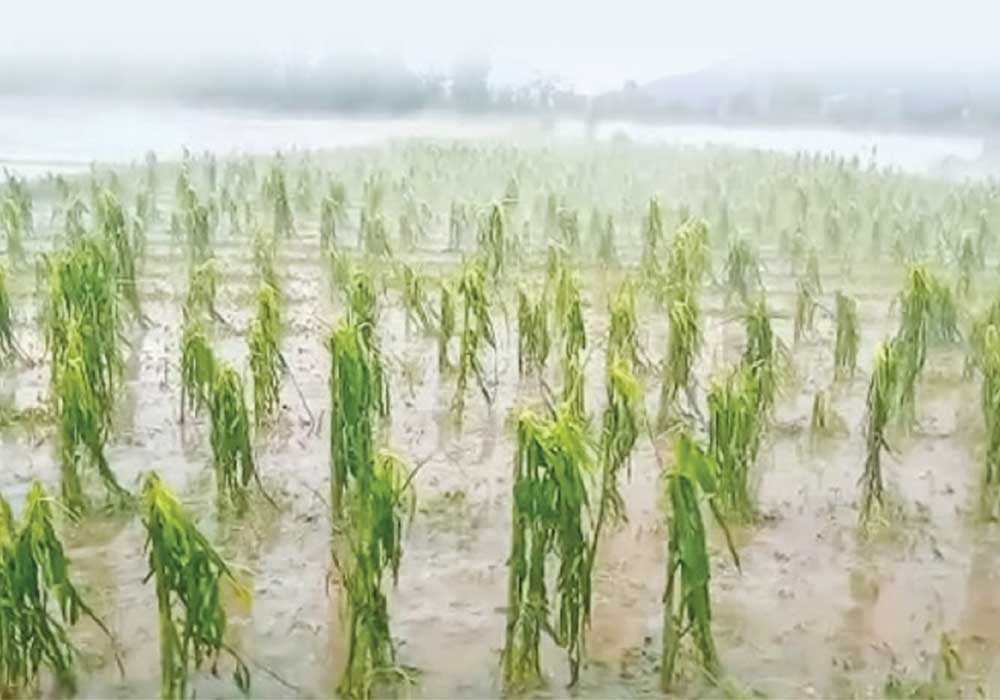 Minister for Planning, Development, and Special Initiatives Ahsan Iqbal Monday said that the country might face a big challenge of food security as rice, banana, onion and other agriculture produces have been badly affected by the recent floods. Addressing a press briefing here, he said that the recent floods and torrential rains had also damaged 40 to 50 percent cotton crop across the country. The minister said the country was witnessing more devastation than that caused by the floods in 2010. He informed that 0.9 million livestock and one million houses had been washed away in the recent floods while over 1000 people lost their lives.

In 2013, he said when the PML-N government took the charge, the country had already faced devastated floods in 2010 and it launched the fourth phase of Pakistan flood protection programme to minimize the impacts of such floods. “In May 2017, we got approved the Programme from Council of Common Interest duly signed by all the provinces and it was agreed that new infrastructure would be built under the programme”, he added.

Ahsan Iqbal said a big challenge was ahead as 30 million people had been affected and the government had to help them standing on their feet. He expressed his resolve that under the leadership of Prime Minister Shehbaz Sharif, the government would complete the rehabilitation process of the flood hit areas.