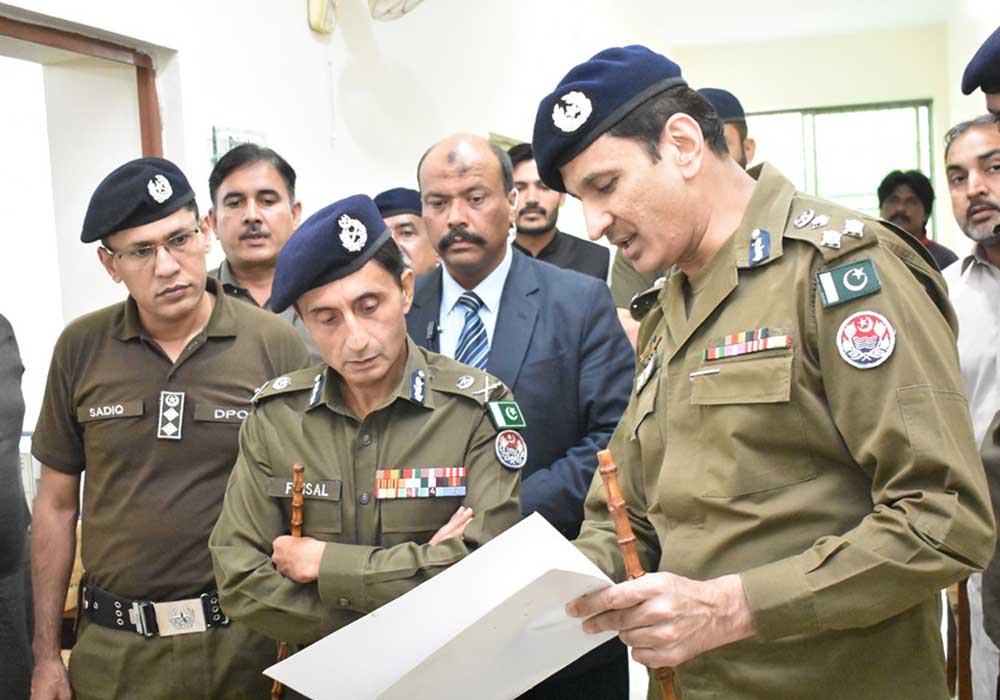 Punjab Police Inspector General Faisal Shahkar Tuesday issued instructions for foolproof security of events and gatherings related to Christmas and Quaid Day. The IG directed Additional IG South Punjab, CCPO Lahore, all RPOs, CPOs and DPOs to ensure strict measures in all districts. The spokesperson for Punjab Police said that as per directions of IG Punjab, special arrangements will be made for Christmas celebrations in all major cities of the province, including Lahore, while at the same time, best security arrangements shall also be provided at the public and private level on the birthday of the founder of Pakistan, Quaid-e-Azam Muhammad Ali Jinnah. The spokesperson said that three/four level security will be provided to Christian places of worship and public places in all districts of the province. Likewise, walk-through gates, scanners will be installed in churches falling in ‘A’ category. The spokesperson said that for the convenience of women, lady police officials will be deputed on security in Christian places of worship and security of Christmas markets will also be taken into consideration.

The spokesperson went on to say that additional personnel will be deployed for the security of recreational places, especially parks, picnic points so that the people of the Christian community can celebrate their religious festivity in a peaceful environment. The official added that according to the SOPs issued for the security of foreign offices and citizens, all resources will be used for ensuring foolproof security at the working sites and residences of foreign nationals. The spokesperson of Punjab Police said that the suggestions of relevant institutions, including the district peace and interfaith harmony committees, will be taken into consideration in the security plan. “Dolphin and Peru teams will continue to patrol areas around Christian places of worship. Quick response and elite police teams will also be deployed at sensitive locations for emergency action. Joint control rooms are being activated at the regional and district levels to monitor security arrangements and effective coordination will be maintained with the district administration and other relevant institutions for emergency response.” The spokesperson of Punjab Police said that in connection with the New Year, a massive crackdown on the manufacture, sale and consumption of poisonous liquor is being accelerated across the province, while all RPOs, CPOs and DPOs are personally supervising Christmas security arrangements.