Meanwhile ISPR says the operation is still going on 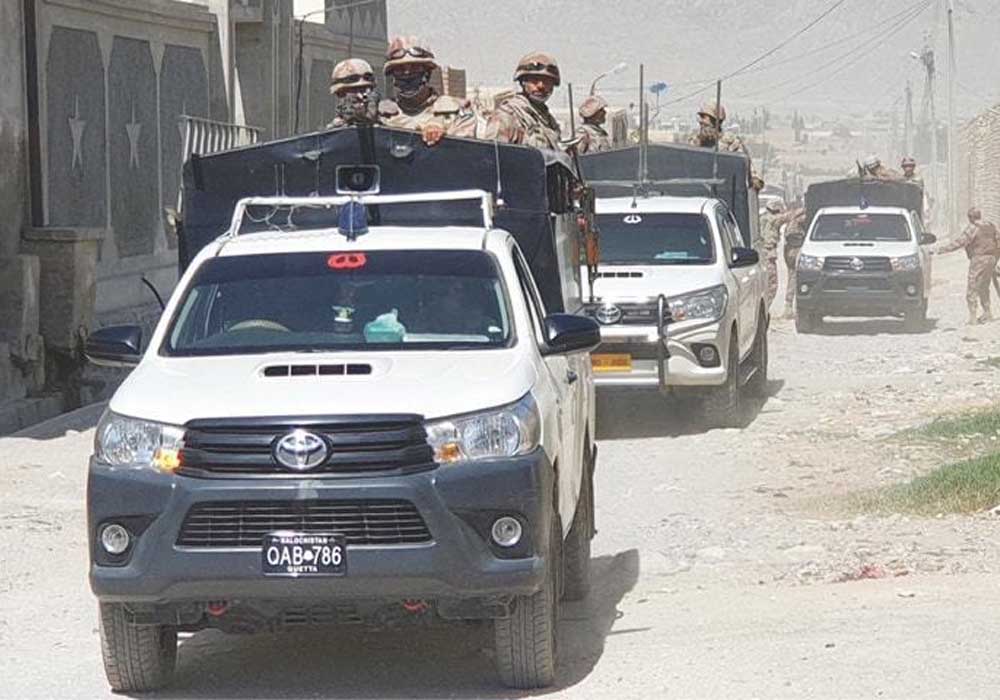 Meanwhile, according to ISPR the operation is successfully underway at CTD office Bannu and is going to be completed soon.

However, forces have been continuously conducting search operations in the region to find and eliminate any remaining terrorist threats. Security forces personnel were also hurt during the violent exchange of fire, media reports have claimed.

The security forces had earlier today started an operation to liberate the captives kidnapped inside the facility by insurgents. Officials with knowledge of the situation have been quoted as saying that a clearance operation was in progress.

On Sunday militants detained the hostages at the seized CTD building demanding their safe transfer to Afghanistan. Militants managed to get out of the lock-up and took security personnel hostage at a detention centre run by the Khyber Pakhtunkhwa Police’s Counter-Terrorism Department.

Today’s private TV footage showed plumes of smoke billowing from the CTD compound. Reuters also quoted locals as saying they heard explosions from around the centre.

The situation remained tense in Bannu district yesterday while police and security agencies sealed the Cantonment area instructing the residents to stay indoors, besides suspending internet and mobile services in the area.

The development has come amid a spurt in terror attacks in Pakistan in which four policemen were martyred and four others injured when militants attacked a police station in the Lucky Marwat district of Bannu division late on Sunday night. Layer an Intelligence Bureau sub-inspector was shot dead in Peshawar yesterday while an army officer and two civilians were martyred in a suicide attack in North Waziristan.

The outlawed TTP claimed responsibility for the incident. A TTP spokesman had also said in a statement that its members took CTD staff and security personnel hostage. “Our people demanded safe passage in their video statement but mistakenly mentioned Afghanistan,” the militant group’s spokesman said.

Militants inside the occupied CTD centre also released several videos asking the people of Bannu, especially clerics to play a role in resolving the standoff between the militants and law enforcement agencies through dialogue.

While the alleged militants demanded safe passage to Afghanistan and warned of dire consequences if the demand was not met another alleged militant could be heard saying that there were eight to 10 security personnel in their captivity.

He said that 35 of his associates, known as Fidayeen, who were detained had managed to be freed and called on the Government of Pakistan to ensure their departure to Afghanistan by air. “We have broken the jail and the security personnel are in our custody and if we are provided safe passage they will be released safely,” he had said.