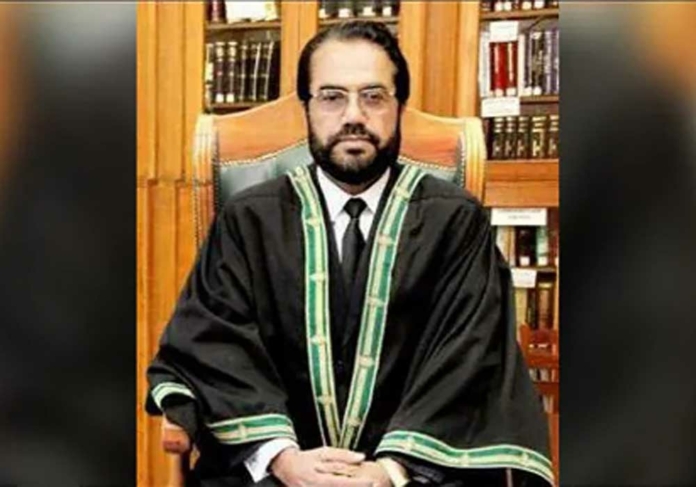 Kharan Superintendent of Police Asif Halim said that unidentified assailants opened fire at him outside the mosque, which left Maskanzai gravely injured. He was taken to a nearby hospital, where he died of his injuries. Balochistan Chief Minister Mir Abdul Qudoos Bizenjo expressed grief over the demise of the “brave and fearless judge”. He added that his services were “unforgettable” and stressed that the “cowardly attacks of the enemies of peace cannot intimidate the nation”.

Meanwhile, Quetta Bar Association President Ajmal Khan Kakar condemned the incident and announced a boycott of the courts along with mourning for three days. In a statement, he strongly condemned the killing of Muskanzai and said every citizen was deeply saddened by the martyrdom of the former judge. “We strongly condemn this incident and demand that the killers must immediately be arrest and brought to book.” He said the ex-judge worked with dignity and fairness throughout his life while the void created by his martyrdom will never be filled.

Meanwhile, at least five persons were killed and six others sustained injuries in remote controlled bomb blasts in Dasht area, some 70 kilometers away from Quetta on Friday, police sources said. The remote control devices were reportedly fixed to two vehicles, which detonated with a big bang. Edhi ambulances rushed to the site of incident to shift the injured and the dead to hospitals. The law enforcement agencies cordoned off the area to arrest the outlaws behind the blasts.

Advisor to Chief Minister Balochistan for Home and Tribal Affair Mir Ziaullah Langu on Friday strongly condemned the blast and asked the deputy commissioner to submit a report of the incident soon and directed the officials concerned to enhance security measures to ensure the protection of public lives and their property which was the prime responsibility of the administration. He expressed his concern over the increase in terrorism incidents in the area, saying that nefarious design of anti-peace elements on the auspice of external force would be foiled from the province for maintaining durable peace.